Home / Paraquat Lawsuit / Paraquat and Animals: Is It Toxic to Animals?

Paraquat and Animals: Is It Toxic to Animals? 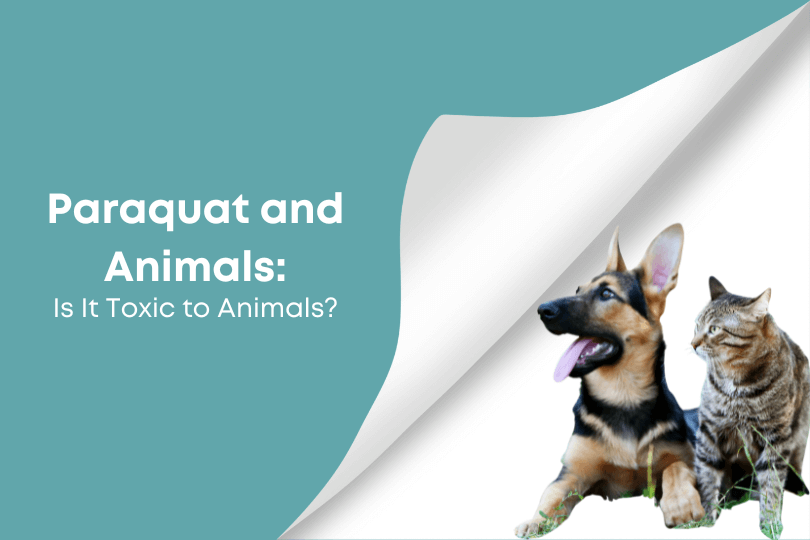 Paraquat is a restricted use pesticide (RUP), which means it is not available to the public and only certified pesticide applicators can purchase and/or use the weed killer. However, evidence exists that paraquat exposure within 550 yards of a home may increase the risk of developing Parkinson’s disease.

In other words, even though paraquat is not available for purchase by homeowners, there is still a chance that individuals living around farming communities where paraquat is sprayed may be exposed to its dangers.

Claims of plaintiffs developing Parkinson’s after significant exposure to paraquat may be the reason thousands of paraquat lawsuit have been filed already, but the health hazards of the chemical also extend to our companion animals.

Paraquat is extremely toxic to animals and mammals when ingested, inhaled, or excessively applied topically. Read on to learn more about how paraquat may affect your pets.

Yes, herbicides harm animals, and even those animals whose lawns do not get treated with herbicides can have detectable amounts of the chemical in their urine. Manufacturers of herbicides that are available for domestic use have constantly claimed that their products are safe to pets, but studies keep finding otherwise.

And even though various herbicides exhibit many modes of action, their toxicity to animals and humans alike are not disputed. For instance, the paraquat mechanism of action involves cyclic reduction-oxidation reactions that generate free radicals, which cause damage and eventual death to human and animal cells. 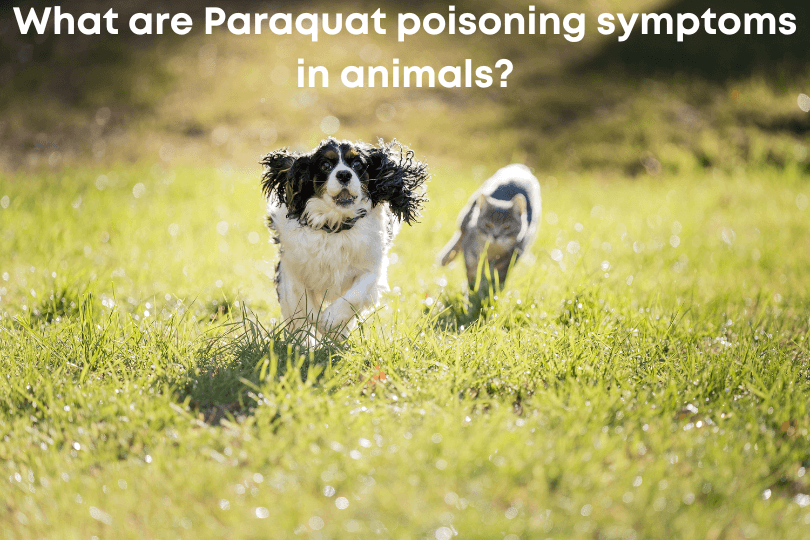 What are Paraquat poisoning symptoms in animals?

The effects of paraquat to animals may closely resemble how it impacts humans, due to the fact that it targets the same organs in both. The paraquat poisoning symptoms in animals are listed below.

What does paraquat do to animals?

As with humans, paraquat organ damage is also the leading cause of mortality among animals that had a history of exposure to paraquat. Some animals that can suffer from the adverse effects of paraquat are listed below.

Dogs of homeowners who live near farms where paraquat is being sprayed are at risk of being exposed to the herbicide. Detectable amounts of paraquat can be traced in their urine, and residues of weed killer can still come off the grass even after a few days of application. Evidence also exists that in some communities where lawns are being treated with herbicides, dogs are at a higher risk of getting contaminated during walks in the neighborhood.

Cats are one of the most common victims of paraquat-related poisoning incidents, next to dogs. When exposed to newly applied chemicals on treated foliage, cats often experience vomiting, staggering, and hind leg weakness. In some cases, a diagnosis of paraquat poisoning can only be made only after an analysis of the companion animal’s vomit.

Mice and rats are typically used as biomedical research animals models because of their anatomical and genetic similarity to humans. Thanks to rodents, advances in research have come a long way and in particular, the mechanism of paraquat toxicity is now more understood. For instance, just like in humans, the lungs are also severely affected in rats who suffer from paraquat poisoning. The chemical can also adversely impact their different body systems, especially their reproductive system.

Use of paraquat in pasture may cause farm animals to have residue levels of the weed killer in their internal organs. The acute effects of paraquat poisoning in livestock are similar to those in humans, and include inflammation of the mouth and throat, diarrhea, vomiting, reluctance to eat or drink, and convulsions or incoordination.

Paraquat is also toxic to different forms of wildlife, including aquatic organisms, birds, and mammals. The herbicide is known to be more toxic to aquatic life in soft water than in hard water and is a serious threat to fish health due to its adverse effects on vital functions of a fish, such as respiration, excretion, and metabolic regulation. In birds, symptoms of oral paraquat intoxication may appear 10 minutes after exposure and may include excessive drinking and regurgitation, while signs that appear after a few hours of exposure are imbalance, diarrhea, wing drop, ruffled feathers, and slowness. Lastly, paraquat can also adversely affect the growth, reproduction, or survival of mammals such as rats, monkeys, guinea pigs, goats, and sheep.

How is Paraquat poisoning treated in animals?

Paraquat poisoning is treated in animals by using treatment modalities, such as the administration of an emetic followed by an adsorbent, fluid therapy, and diuresis. The initial treatment for paraquat poisoning in animals is the administration of an emetic, which is a substance that can induce vomiting and prevent further absorption of the chemical.

Then, the animal is often given an adsorbent such as Fuller’s earth or activated charcoal to eliminate the poison from their body. Fluid therapy or fluids given through an IV needle is another paraquat intoxication treatment option, especially when respiratory signs in animals are very severe.

Lastly, diuresis with fluids can increase urine production, and therefore can remove large quantities of paraquat if initiated within a day or so following ingestion. 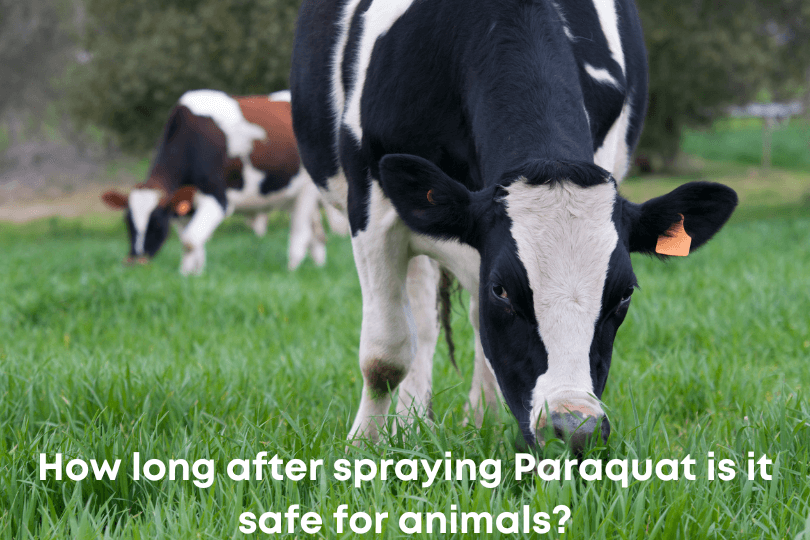 How long after spraying Paraquat is it safe for animals?

With various weed killers available for purchase to the public, the rule of thumb is to wait for 48 hours before allowing pets to go on grass treated with the chemical. However, this may not be the case for paraquat, because it is a restricted use pesticide (RUP) that is only available for purchase and use by licensed pesticide applicators, and therefore can have more damaging effects to your pets than any ordinary weed killer applied on your lawn.

Studies on farms sprayed with paraquat indicate that it becomes safe for farm animals to graze on previously treated pasture four hours after normal application of the chemical. However, paraquat safety may be more of an issue for companion animals, such as cats and dogs, because the weed killer is also used in non-agricultural settings, such as golf courses.

Paraquat drift concentrations can also be carried through the air to unintended areas, potentially endangering nearby property owners and their pets.