Home / Paragard vs Mirena – Which IUD is better for Birth Control?

Paragard vs Mirena – Which IUD is better for Birth Control?

The intrauterine devices (IUDs) Paragard and Mirena have recently been associated with a significant increase of severe complications, especially during removal. Albeit the two birth control devices share some important similarities, they are two different methods to prevent pregnancy, and their action is based upon different principles. In this article we will explore the differences of Paragard vs Mirena, how do they work, what are the risks associated with them, and in which terms they can be considered similar.

How does Paragard work?

Paragard is non-hormonal birth control device that is made up of a copper wire coiled around a T-shaped base made of plastic. A doctor introduces it inside a woman’s uterus to prevent fertilization of the eggs, guaranteeing effective prevention of pregnancy for up to 10 years. According to the manufacturer, Teva Pharmaceuticals, the effectiveness of this birth control IUD is 99%. It is commercially available in two models: the Copper 380 Slimline and the Copper 380A. They are shaped to accommodate the particular anatomic characteristics of different patients.

The mechanism of action through which Paragard guarantees pregnancy prevention is somewhat simple. Copper from the wire is slowly released over the course of time, causing a local inflammatory reaction. Since this metal is toxic to a certain extent, it blocks sperm movement transportation after sexual intercours, effectively preventing the fertilization and implantation of the egg. Note that this form of inflammatory response is deemed acceptable and is part of the inherent contraceptive activity of the device. It should be kept separate from the pelvic inflammatory disease that has been sometimes reported by patients as a Paragard side effect.

What are the side effects of ParaGard?

Since Paragard’s action causes an inflammatory reaction inside the body, the woman who gets it implanted usually experiences a wide range of mild side effects shortly after the insertion. As the body takes its time to get used to this foreign object (generally a couple of months, up to 6), the patient may suffer from adverse reactions such as nausea, abdominal cramps, longer or heavier menstruations, and painful periods. Once again, these mild side effects are somewhat normal, and do not represent a threat to the patient’s health. Seek medical advice if you are in doubt.

How does Mirena work?

Mirena is a hormonal IUD manufactured and distributed by Bayer Pharmaceutical. Like many other hormonal IUDs such as Skyla, Kyleena, and Liletta, Mirena acts by releasing a small quantity of a synthetic hormone called levonorgestrel from its stem over a prolonged period of time. This substance mimics the action of progesterone, a reproductive hormone naturally produced by females. It acts by thickening the mucus in the uterus, effectively preventing pregnancy by stopping sperm movements inside it. The progestin acts for five years with an alleged 99% efficiency in preventing pregnancy, after which the IUD must be removed by a doctor.

What are the side effects of Mirena?

Unlike Paragard that is a copper IUD, Mirena side effects are associated with its hormonal nature. Once again, these adverse reactions tend to be minor in nature, and are more or less the same of a birth control pill. Women may experience headaches and/or migraines, nausea, bloating, weight gain, amenorrhea (lack of menstruations), mood swings, decreased libido, acne, and many others. Despite being mild, these side effects caused by hormone exposure may not be tolerated by some patients, especially if they do not subside over time. For this reason, some women prefer IUD copper over hormonal IUDs, and request their doctors to remove the device before the 5 years limit. 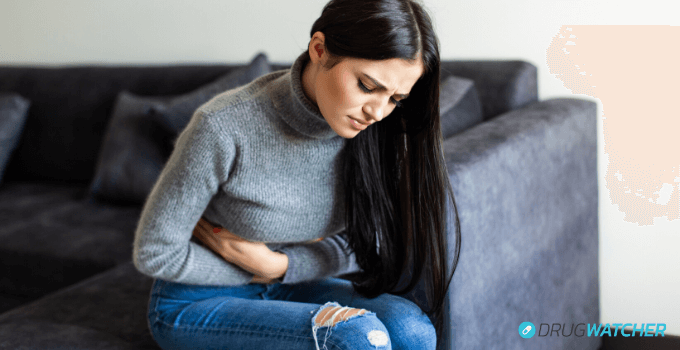 Why are both Paragard and Mirena dangerous?

Other than the above-mentioned side effects, there are more dangerous risks associated with the use of these forms of birth control, at least according to the recent Paragard lawsuits filed across US courts. Poor manufacturing standards and low quality of the IUD may cause the device to break during removal, causing serious internal hemorrhages and organ damage. A fragment of the device could migrate and perforate nearby organs, threatening the very life of the patient. According to court documents, also, both the hormonal and non-hormonal devices are associated with a risk of ectopic pregnancy – another potentially lethal health threat, and pseudotumor cerebri. The latter is a condition characterized by the accumulation of excess fluids inside the skull that mimics the effects of a brain tumor.

What are the individual differences of Paragard vs Mirena?

Besides the similarities that we already mentioned between the two birth control methods, there are many practical differences between Paragard and Mirena. Both of them have their pros and cons, and there’s no “best” IUD since, at the end of the day, your mileage may vary depending on your individual needs and preferences. If you are in doubt about which one you should use, don’t forget to seek medical advice from a trusted physician. Here is a short recap of the most important ones.

Both Paragard and Mirena are reversible birth control devices, meaning that once they are removed by a doctor, a woman is fertile again just like before implant. However, the duration between the two IUD birth control methods is different: 10 years for Paragard and just 5 years for Mirena.

Since the device must be introduced inside the woman’s uterus, it is ultimately important that it is comfortable enough. So yes, size matters. Although they share the same T-frame shape, Paragard is slightly bigger than Mirena. While the latter is 32mm wide and high, Paragard is 36mm high. This difference in size may be small, but may make a difference in some women.

Tolerability and side effects

As we already explained above, Mirena is a hormonal IUD while Paragard is not. Their side effects are therefore slightly different, and are linked with the effects of the hormones with the former and copper with the latter. For example, if a patient doesn’t want to risk gaining weight, Paragard may be the better choice since it does not release any progestinic in the blood. On the other hand, some patients can’t tolerate copper, and may prefer to use Mirena or the other hormone-based IUDs.

Since Mirena requires the hormones it releases to reach the whole body to exert its effect, it can’t be used for emergency contraceptive purposes. In fact, it must be inserted within seven days of the first day of a menstrual period, or its contraceptive action will start in the subsequent month. Paragard, on the other hand, is effective right after it is implanted, and, if placed within five days of unprotected intercourse, can be used as an emergency birth control method.