Are Organic Pesticides Safer Than Conventional? 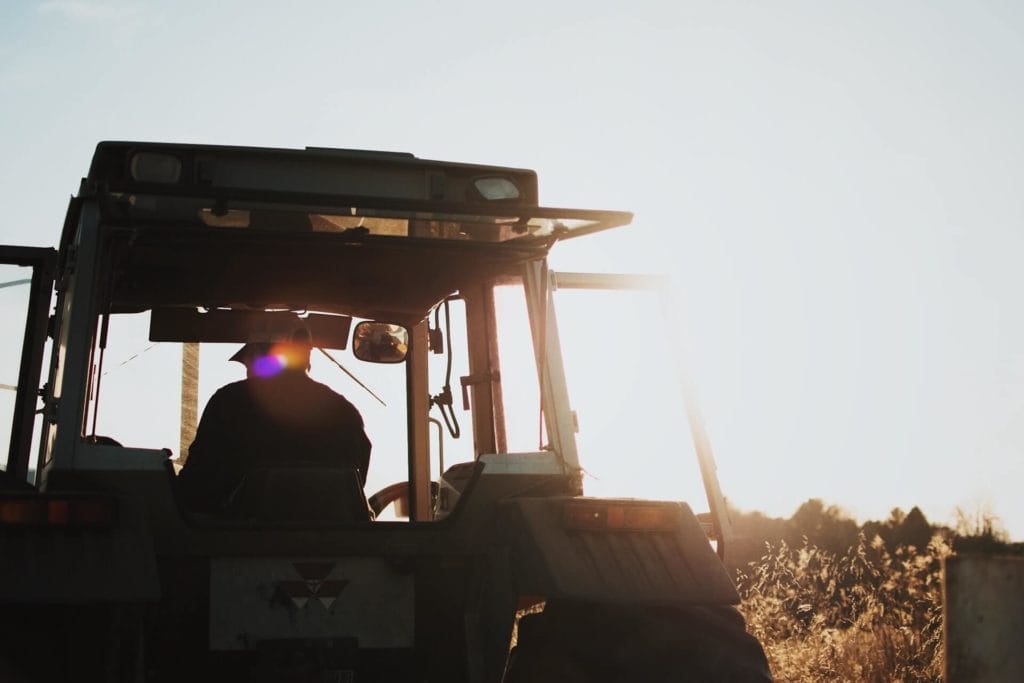 Many consumers want to go organic nowadays. After all, people are becoming more conscious of their food choices.

The shift towards going organic is mainly because of the growing concern that individuals may end up with health problems because of accidentally consuming produce with traces of pesticides and chemical fertilizers.

Indeed, there’s enough evidence on the negative impacts of chemical pesticides on human health. Take the example of paraquat. Paraquat is a widely used herbicide that’s been linked to an increased risk of Parkinson’s disease.

Several farmers and agricultural workers who had long-term exposure to paraquat have already filed paraquat lawsuits. According to their complaints, they were diagnosed with Parkinson’s disease following chronic exposure to the weed killer.

With that in mind, it’s only natural for people to be more conscious of what they buy in the market. But what does the science say about organic farming?

Does it really do you and the environment a huge favor? Read the article to find out.

What are organic pesticides?

Organic pesticides are considered to be pesticides that come from things in nature that can be used to keep pests at bay. These natural sources include substances derived from plants, microorganisms, and minerals.

For instance, two of the most commonly used organic pesticides are neem and spinosad. Neem oil comes from the seed of the neem tree, which is commonly found in Southeast Asia. When this substance is applied directly to insects’ bodies, it can block their respiratory openings and cause suffocation.

Spinosad, on the other hand, is a selective insecticide that comes from a bacterial species. It can help in controlling a wide plethora of insects that attack vegetables such as thrips, caterpillars, and leafminers. It is a nerve and stomach poison that can kill pests that come in contact with or consume it.

Although they come from natural ingredients, that doesn’t mean organic pesticides are free from chemicals. It’s just that the chemicals come from mineral and botanical sources.

These chemicals, however, break down more quickly compared to synthetic ones and are thought to be less threatening. But all these don’t change the fact that they should still be handled carefully.

The active ingredients in an organic pesticide may come from a natural source, but these ingredients are still at much higher concentrations than how you’d find them in nature. After all, if they aren’t formulated that way, they wouldn’t be able to kill bugs and weeds.

The Debate On Organic vs. Conventional

Experts have been debating over organic versus conventional farming for years now. The decision to use organic or natural pesticides stems from an interest in protecting the environment. Widely seen as a more sustainable alternative with regards to food production, organic farming encourages reduced pollution and better soil quality due to the lack of fertilizer or pesticide use.

On the other hand, conventional agriculture has always been heavily criticized for causing soil erosion and water pollution because of synthetic fertilizer and pesticide use.

However, despite the numerous disadvantages of conventional pesticides, experts have recently found that their organic counterparts may not be completely free from fault as well.

In 2018, researchers from Chalmers University of Technology published a study in the journal Nature that revealed that organic peas grown in Sweden had up to 50 percent higher greenhouse gas emissions compared to peas that were conventionally grown in the country.

Soon after the study was published and got attention from several news outlets worldwide, many researchers came forward to criticize it. In a blog post, Andrew Smith, a chief scientist at the Rodale Institute, wrote that it was “irresponsible to extrapolate a global phenomenon based on two crops grown in one country over three years.”

More important than this debate, however, are the future challenges in the agricultural industry. It is estimated that by 2050, there will be a 59 to 98 percent increase in the demand for food because of the increasing global population. A major issue that the agriculture business needs to face is figuring out how to feed an ever-growing population while adapting to climate change.

Organic Agriculture And The Environment

It’s been assumed for years that natural pesticides, which have organic ingredients that come from natural sources, are better for the environment. However, research shows that this might not be the case.

Take, for instance, the organic pesticide, Rotenone. Rotenone has been widely used as a pesticide and piscicide in the United States for decades. Because it’s a naturally occurring compound that’s derived from the roots and stems of some subtropical plants, it was thought to be safe and organic.

However, studies have revealed that rotenone is dangerous because it attacks mitochondria, often referred to as the powerhouses of the cell. Research also found that exposure of rats to the pesticide reproduced features of Parkinson’s disease.

Furthermore, another study by Canadian scientists compared organic and synthetic pesticides on their ability to control a pest called the soybean aphid. They found that synthetic pesticides did a better job in controlling problematic pests. Aside from that, however, they also found that organic pesticides also caused an increased risk of death in non-target organisms like aphid predators.

It’s worth noting that other pesticides of the organic type may harvest better results than the ones used in the study. But this study shows that the assumption that nature is better for the environment may not always be the case.

What about organic foods?

Despite organic foods being more expensive than their non-organic counterparts, they’re becoming more popular among consumers. And it’s not hard to see why. After all, many people believe that organic food is far more nutritious.

Scientists have been comparing organic foods and non-organic ones for over 50 years now. However, research hasn’t found any solid evidence that organic products are healthier than conventionally grown produce.

Recently, a research project in the United Kingdom reviewed 162 articles on organic versus non-organic crops published in journals between 1958 and 2008. These contained a total of 3558 comparisons of nutrient content and other substances found in organic and conventional foods.

The researchers found no differences in the content of more than 15 different nutrients. These include beta-carotene, vitamin C, and calcium. There were, however, some differences between the two that were observed in the study, including:

A lot of experts worry that the term “organic food” isn’t always properly regulated. For instance, in industrialized countries like the U.S., more large corporations are getting involved in the organic market.

Researchers say that this mainstream involvement has “led to the weakening of ecologically beneficial standards”. Experts also worry that in some countries, agribusinesses can farm without any biodiversity and still claim they’re organic. Meanwhile, the situation of organic agriculture in developing countries tends to be different.

For instance, in India, the organic farming practices that are observed are more on the traditional side. In emerging economies like India, organic farms grow a wide variety of crops at the same time. They grow crops that can naturally fend off pests and don’t use strong inputs like sulfur.

Experts maintain that in the ongoing debate over organic versus non-organic farming, more information needs to be at the consumers’ disposal when it comes to labeling and being well-informed about the certification processes in highly industrialized countries.

Why don’t we have more organic farms?

Organic farming has always been seen as the answer to a more sustainable world. But why don’t we have more organic farms? Or why can’t we just completely switch to organic farming?

According to a study conducted by scientists from Portugal and Austria, it’s not possible to feed all of humanity by 2050 just by completely switching to organic farming under today’s premises.

The work highlighted that since organic farming doesn’t concern itself with the use of synthetic fertilizers, it can’t possibly provide enough nitrogen for crops to be within everyone’s reach globally.

“The results clearly demonstrate that the complete transition to organic production in 2050, as presently practiced, leads to a lack of nutrients to produce the food needed to feed the world’s population regardless of dietary changes, ” one of the study’s researchers, Tiago Morais, stated.

Another reason is that organic food production has a lower productivity per yield. This means that it needs more space or more arable land is required to produce the same amount of food as conventional farming methods can achieve.

Furthermore, since more farmland is needed if organic farming is to be the way forward, the demand for more land means that there will be resulting environmental consequences. For instance, land-use change can cause loss of products made from timber or fiber. There will also be a loss of ecosystem services such as sequestered carbon in wildlife, soil, and biodiversity, among others.

To date, there’s not enough scientific evidence that we can abandon synthetic mineral fertilizers as nutrients for crops. Therefore, going organic all the way might still be a long shot for now.

The health concerns observed with the use of conventional pesticides are very concerning. As a result, more people are making the switch to organic products. This decision is fueled by people’s interest to avoid pesticide residue that may come with synthetic pesticides.

Some advantages come from organic farming methods. For instance, the efforts of organic growers to avoid monocultures, where too many of the same plant species are grown in a field at a time, deserve recognition.

Mixed planting and crop rotations are much better for the natural balance of soils. However, it’s not a fool-proof agricultural method. Many organic pesticides may be less toxic than their synthetic counterparts, but that doesn’t mean they’re completely safe or won’t inflict environmental harm.

As with chemical pesticides, organic pesticides are also formulated to kill a variety of pests. Therefore, even their active ingredients come from natural sources, these ingredients are still at a much higher concentration than how they were in nature.

With that said, you should still handle organic pesticides with care. Other organic proponents also argue that organic food is much healthier than non-organic ones. However, there’s not much scientific evidence to prove this as of date.