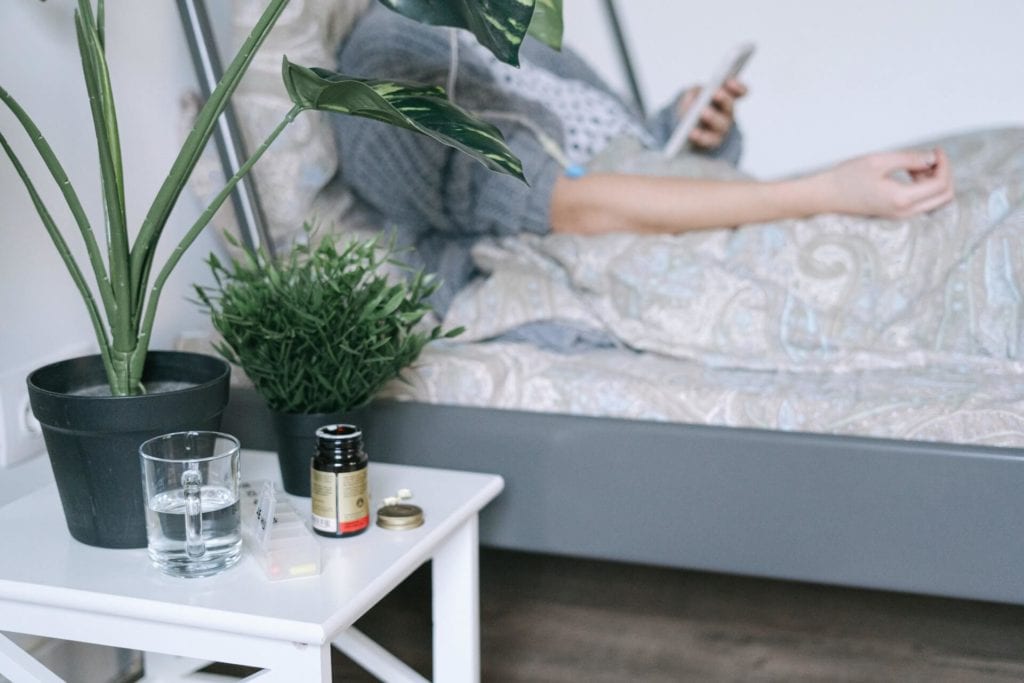 A chemotherapy drug commonly used to treat early-stage breast cancer may cause unpleasant side effects in patients.

The drug, Taxotere (docetaxel), is part of a class of medications known as taxanes. This group also includes Taxol (paclitaxel). Taxanes are a class of anticancer drugs that are plant-derived and blocks cell growth by stopping mitosis or cell division.

And although most people tolerate Taxotere well, it also carries a long list of side effects.

For instance, permanent hair loss or alopecia is one of the most dreaded side effects that has been linked to docetaxel. While it’s not a life-threatening side effect, it can take an emotional toll on women who may have braved breast cancer but now have to cope without their hair, which often doesn’t grow back even after treatment.

This side effect has been the subject of thousands of Taxotere lawsuits that cancer survivors have filed against drugmaker Sanofi.

Aside from this, however, other negative effects of Taxotere can be more serious than others. The chemo drug has also been known to increase the risk of peripheral neuropathy or damage to the nerves. A growing body of evidence also revealed that this may last for years.

What is peripheral neuropathy?

Peripheral neuropathy is a general term for pain and discomfort and other conditions caused by damage to the peripheral nervous system. Peripheral nerves are nerves that control the functions of sensation, motor coordination, and movement.

These sensory nerves connect your central nervous system, or your brain and spinal cord, to the rest of your body. For instance, they can tell your body when your hands are cold.

Peripheral neuropathy affects more than 20 million people in the United States. In general, the disorder can cause inappropriate or distorted nerve signals.

Damage to peripheral nerves caused by chemotherapy drugs is called chemotherapy-induced peripheral neuropathy (CIPN). Among cancer patients treated with chemotherapy, around 30 to 40 percent develop CIPN. Unfortunately, this serious side effect can interfere with many patients’ daily activities and therefore can hurt their quality of life.

For many patients, suffering from CIPN can mean stopping cancer treatment early.

Neuropathy is one of the most common long-term side effects of docetaxel.

In a 2013 study, neuropathic symptoms were compared in cancer patients receiving taxanes, including docetaxel and paclitaxel. Among the participants, 36 adults were receiving paclitaxel while 32 people were treated with docetaxel.

According to the study, in individuals receiving docetaxel, the most common symptoms of docetaxel-induced peripheral neuropathy include:

Other symptoms experienced by patients were:

Diminished Quality of Life in Patients

The study indicates that nerve pain is the most severe and distressing symptom in those receiving docetaxel. These participants also said that their neuropathic symptoms interfere with most of their daily activities. As a result, their quality of life is negatively affected.

Some signs and symptoms of neuropathy can also begin showing up after administration of docetaxel. However, most symptoms occur after two to four cycles of chemotherapy.

Other studies have shown that less than 10 percent of people who received docetaxel suffered the most serious symptoms, and the symptoms got more severe as the dose increased. In most patients, however, these indications of neuropathy tend to resolve after a few weeks of discontinuing docetaxel.

The risk of developing taxane-induced peripheral neuropathy may depend on different factors, including the drug, schedule of administration, cumulative dose, and the existence of preexisting medical conditions.

In general, peripheral neuropathy remains to be a persistent and dose-limiting side effect of both paclitaxel and docetaxel.

To date, doctors have not found an adequate treatment that can resolve neuropathy caused by chemotherapy drugs. However, health care providers often watch for symptoms of CIPN, and if the side effects present, they tend to reduce the dose or delay therapy.

How do chemotherapy drugs cause CIPN?

Neuropathy is a common side effect of chemotherapy. Doctors believe it occurs because chemotherapy treatment damages healthy cells, and these may include the nerves.

A 2014 study of 90 people undergoing chemotherapy found that around half of the participants had neuropathy. 6.7 percent of them said it was a major symptom that doctors have often overlooked.

Neuropathic symptoms are said to be less common in docetaxel users compared to those receiving another drug in the same class, paclitaxel. Doctors are also unsure why some people develop neuropathy, and others don’t. The risk often depends on the chemotherapy drug a patient takes, which could be inflicting damage to the nerves.

Certain chemo drugs are more likely to cause CIPN. These include:

Nerve Damage Can Be Long-Lasting Even After Chemo

According to a 2017 study published in the Journal of the National Cancer Institute, chemotherapy medications like docetaxel and paclitaxel can cause neuropathy symptoms that may last for years.

According to the study, 40 percent of patients reported numbness and tingling in their hands and feet after two years of therapy with docetaxel.

One out of 10 patients described their neuropathy symptoms as severe. According to lead author Patricia Ganz, MD, the director of cancer prevention and control research at the Jonsson Comprehensive Cancer Center at the University of California in Los Angeles, “For those who rated the severity as ‘very much,’ the quality of life score was almost 20 points lower compared with those with no bother.”

Patients Should Be Well-Informed

Ganz also said that breast cancer patients may not expect to have these side effects from their treatment. The author added that this is mainly because current research shows that oncologists spend more time on informing patients about the acute reactions they may have with chemotherapy, including nausea, vomiting, low white blood cell counts, and mouth sores, as well as very rare side effects like leukemia or heart injury.

However, these doctors rarely discuss the long-lasting effects of the treatment, how long they may last, and whether they’re likely to resolve.

Patients who experience damage to their nerves as a result of chemotherapy also increase their risk of falling, having disabilities, and developing cognitive difficulties.

The study suggests that oncologists weigh the risk of the long-lasting effects of neuropathy against the treatment of choice to decide whether to use a taxane-based medication or not and to determine the dose to be given.

When it comes to chemo drugs, the risk of developing chemotherapy-induced peripheral neuropathy (CIPN) increases with higher doses, multiple courses, and combination chemotherapy.

When it comes to conditions that may increase one’s risk of developing CIPN, however, a recent study demonstrated that other patients are also more likely to develop the disorder.

Some of these risk factors include:

The study recruited 333 patients. The majority of them received paclitaxel and 80 percent were female. The researchers found that pretreatment clinical and blood-based factors helped predict post-treatment CIPN.

Other studies also suggest that the following can contribute to the development of the condition:

What should I do if I develop symptoms?

Notify your oncologist if you believe you’re experiencing symptoms of CIPN. The symptoms are likely to get worse if not addressed promptly. Your doctor can diagnose neuropathy based on your symptoms and by examining you. This is especially true if you’re taking one of the chemotherapy medications that can cause the disorder.

Be sure to ask your doctor about therapies and possible treatments. Treatment may either target the underlying cause of CIPN or aim to provide symptomatic pain relief to avoid further damage.

And although there’s no highly effective treatment for this kind of nerve damage, some medications may offer some relief. For instance, medications like gabapentin and duloxetine can help with neuropathy.

Other studies also suggest that the use of cryotherapy or using ice or other very cold substances may be helpful with nerve pain.

Pain, numbness, and other symptoms that are indicative of CIPN may make it hard for you to work with your hands. Therefore, you should be extra careful when handling sharp objects. Wear gloves if you’re going to work with such tools.

On the other hand, if the symptoms affect your legs and feet, walk carefully and slowly. Use handrails whenever available and use non-slip mats in your shower area. Remove electrical cords or other things that may make tripping possible.

Taxotere (docetaxel) is a chemotherapy drug that doctors use in treating different cancers, most commonly breast cancer. And while the drug is effective at treating breast cancer, it can cause a plethora of side effects, ranging from a few common ones to some that are more serious and long-lasting than others.

One of these long-term side effects is peripheral neuropathy or nerve damage. According to studies, its most common symptoms are muscle or joint aches, weakness in the arms or legs, trouble with balance, and numbness in the hands and feet, among others.

To date, there’s no highly effective treatment for the disorder. However, doctors may use some medications to offer some relief from its symptoms. Individuals with CIPN should be extra careful with their movements in and outside of their houses as they may have an increased risk of falling.

Aside from nerve damage, one of the most dreaded side effects of Taxotere is permanent hair loss, also known as alopecia in medical terms.

Sanofi-Aventis, the manufacturer of the drug, claims that this side effect only occurs in around three percent of patients. However, this estimate differs from what studies have found when they revealed that long-term alopecia or permanent baldness occurred in as much as 6.3 percent of Taxotere users.

For many cancer survivors, hair regrowth is a symbol of overcoming their illness. But when they suffer from treatment-related hair loss, others may still see them as being ill.

This may take a great emotional toll on many people. It’s important to keep in mind, however, that you’re not alone in this battle. Thousands of cancer survivors have already filed Taxotere lawsuits across the country to hold its manufacturer accountable for the unwanted side effects they had to live with.

If you or a loved one suffered from permanent hair loss, nerve damage, or other side effects after chemo treatment with Taxotere, you may have a case against its manufacturer.

Don’t hesitate to contact us if you want to seek justice by pursuing legal action.