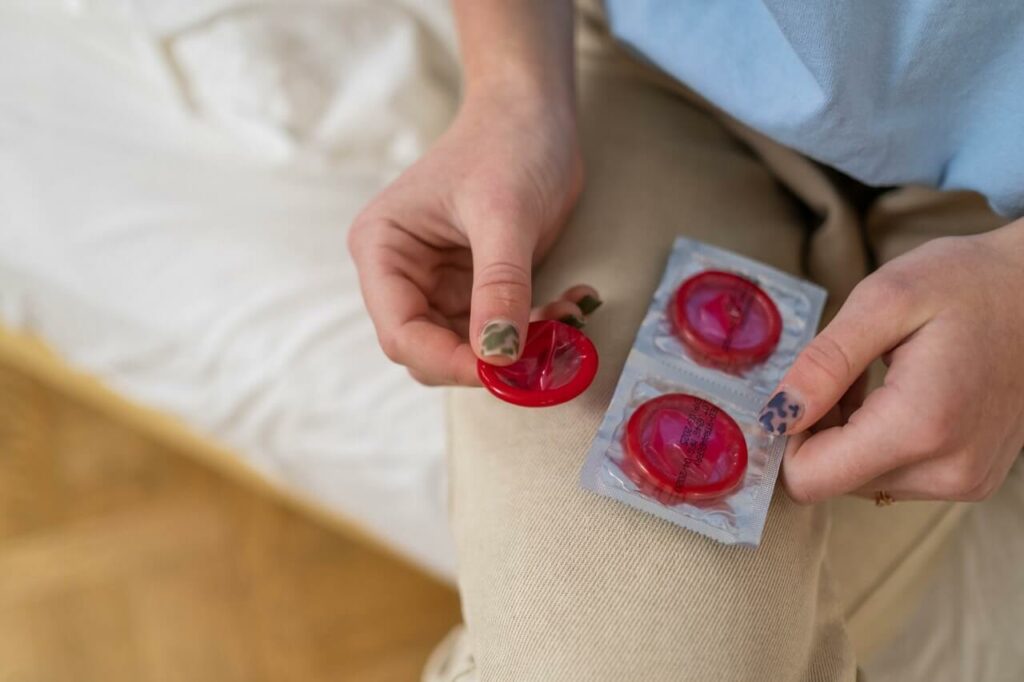 Women are given a plethora of choices for birth control — from pills to medical devices. Oftentimes, however, these contraceptives come with several side effects ranging from mild to rare yet severe ones.

For instance, the copper intrauterine device, paragard, has been linked to a wide array of side effects and complications. Women who have filed a paragard lawsuit allege that the device is prone to breaking during removal. When this happens, broken pieces of the device may end up puncturing the walls of the uterus. This can lead to an increased risk of additional side effects.

This is why it should come as no surprise that until today, researchers continue on pioneering science that may provide men with groundbreaking contraceptive options as well. Recently, a woman inventor in Germany won a top award for her work in creating male contraception.

Meanwhile, in the United States, experts agree that there could be some problems on where the research stands today on male birth control. Continue reading the article to learn more.

Rebeca Weiss, a scientist from Germany, recently took home the Dyson Award for creating male contraception. Her invention will now proceed to the international stage of the award process.

Weiss invented the COSO, an “ultrasound-based, reversible and hormone-free” form of male contraception.

“About a year ago I was diagnosed with cancer precursor cervix due to contraception with the pill,” Weiss told Dyson. “After that, hormonal contraception was no longer an option. When my partner and I were looking for an alternative method, we became aware of the lack of male contraceptives.”

“So I decided to deal with the development of a new contraceptive approach for men in my master thesis in Industrial Design at the Technical University in Munich,” she added.

The COSO is a device personally made between the user and the doctor that’s designed to fit individual testicle size. Before intercourse, the device is filled with water up to a certain marking and heated at a specific temperature.

Then, the user places their testicles into the COSO and the ultrasound begins. The device uses ultrasound on the testicles to temporarily stop the sperms’ motility so that they won’t be able to reach and fertilize the egg.

This process, however, is temporary, reversible, and hormone-free. The COSO is still awaiting clinical testing.

“There are only two established methods of contraception for men, the condom and the permanent vasectomy,” Weiss stated, adding, “COSO, in contrast, offers a user-friendly contraceptive approach that is easy to use without any kind of physical intervention, pain, or previously known side effects.”

The Problem of Research Into Male Birth Control

Earlier this year, Spotlight on America reported the case of a woman who went through a horrible experience with her birth control method. The woman, Ashlie Gilbert, had her Paragard IUD break inside of her body.

It left her facing surgery and the possibility of never having children. After what she’s gone through, Gilbert started looking for other birth control options. However, she told Spotlight on America she was frustrated with what she found out.

“Just the side effects and potential complications, I don’t want anything to do with any of this,” Gilbert said. She’s just one of the millions of women who have expressed their problems about varied methods of contraception — from side effects of pills to the dangers of broken and misplaced IUDs.

Moreover, when Gilbert started looking for alternatives that would let her partner take on the duty of preventing pregnancy instead, she told the team that her search was frustratingly short.

With that said, Spotlight on America started looking into current efforts to create more contraceptive options for men. The team found that the effort to involve men when it comes to family planning has been slow because of limited research and funding.

The group also examined the government’s clinical trial data. They found that only less than 30 studies since 2005 have explored contraceptive methods for men. Meanwhile, a sexual problem like erectile dysfunction has over 500 studies under it.

However, some researchers in the field keep their optimism towards this topic. For instance,  Dr. Brian Nguyen, an Ob-Gyn and assistant professor with the Keck School of Medicine at the University of Southern California, is advocating for reproductive equity.

Dr. Nguyen is part of a team conducting clinical trials with the Center for Male Contraceptive Research and Development in California.

The center where Dr. Nguyen and his team are in is currently testing three hormonal contraceptives for men. And while promising research geared towards the development of male birth control may be underway, Dr. Nguyen said that there’s a problem when it comes to funding.

He added that no pharmaceutical companies are currently funding birth control options for men. And this has been the case for a while now.

Spotlight on America’s analysis of federal government data revealed that the last time a pharma company-funded research into male birth control was almost 15 years ago.

According to Dr. Nguyen, the reason for this lack of interest is partly due to an incorrect bias that men won’t use these options, which means these potential products won’t be profitable for big manufacturers.

There’s a wide array of birth control options for women to choose from. However, most of the time, these pills or devices cause women to suffer from side effects. In rare instances, these side effects may be severe.

For instance, according to women who received a paragard copper IUD, the device is prone to breaking inside a woman’s body during removal. When this occurs, other potential side effects rise dramatically. This ultimately forced thousands of women to file a paragard lawsuit against the IUD’s manufacturer.

These side effects and complications are also the top reason why women tend to look for contraceptive options for their partners. Unfortunately, there’s a shortage of male birth control methods.

While a promising device, like Rebeca Weiss’s COSO, and research by Dr. Nguyen and his team that’s geared towards the development of more male birth control options, more time is still needed to balance the burden when it comes to family planning.

This is because pharmaceutical companies aren’t interested in this type of research anymore. Unfortunately, in this modern era, the idea that most men won’t use these birth control options is still predominant among people. As such, big companies don’t see male contraceptives as something that would bring in big bucks for their organization.