Home / Paragard IUD lawsuit / Lower Abdominal Pain with IUD: Should I Be Concerned?

Lower Abdominal Pain with IUD: Should I Be Concerned? 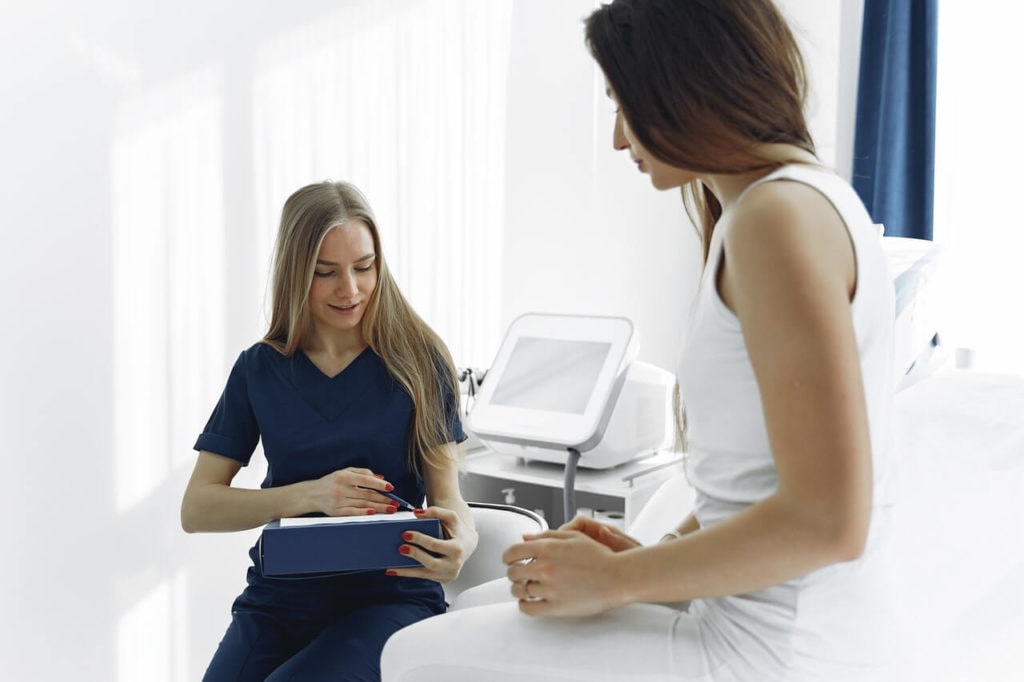 Millions of women in the United States use an intrauterine device (IUD) for birth control.

Although birth control pills remain the most popular form of contraception among women, the number of IUD users in the country will still tell you that more women have been changing their birth control game lately.

IUDs are generally considered safe and effective for most women.

However, it’s not completely foolproof, and they do come with a number of side effects.

These side effects can also be different for everyone. That’s why it’s important to familiarize yourself with the common and serious side effects of intrauterine devices.

If you’re curious about what you feel right now after your IUD insertion, you’ve come to the right place.

In this article, we will help you understand the side effects you are experiencing and whether it’s normal or it needs medical attention from your health care provider.

Which Type of Intrauterine Device (IUD) Do You Have?

The type of IUD you opted to go for may also affect the side effects you will experience.

The two main types of IUD are hormonal and copper. They both work differently in preventing pregnancy.

A hormonal IUD uses progestin, a synthetic version of the hormone progesterone. Progestin keeps you from being pregnant by thickening the mucus in the cervix. This makes it nearly impossible for sperm to reach the egg.

Hormonal IUDs available in the market have the brand names Mirena, Skyla, Liletta, and Kyleena. They can stay in your body for 3 to 5 years, depending on the brand.

Some side effects associated with the use of Mirena include acne, breast tenderness, mood changes, irregular bleeding, and cramping or pelvic pain. Meanwhile, the copper IUD is nonhormonal. It doesn’t make use of hormones but instead prevents pregnancy by releasing copper ions through the copper wire wrapped around the device.

The only copper IUD available in the United States is Paragard. It can prevent pregnancy for 10 years after the insertion. Some Paragard side effects include backache, anemia, dysmenorrhea, menstrual spotting, prolonged menstrual flow, device expulsion, pain, cramping, and vaginitis.

The Problem with Paragard

Serious problems or complications with intrauterine devices are said to be rare. However, they can still happen.

For instance, did you know that there are actually lawsuits filed against the manufacturer of Paragard? The complaints cite serious injuries and complications from the use of the medical device.

According to recently filed complaints in the Paragard lawsuit, women who used the copper IUD suffered from complications and injuries following IUD insertion.

These women claim that the injuries they have sustained resulted from copper IUDs like Paragard being defective and prone to breakage, which resulted in dangerous side effects.

Since the medical device is prone to breaking inside the body of the woman who had it inserted, it can lead to the copper IUD being embedded inside the uterus. Paragard can potentially perforate or pierce the uterine walls, causing serious pain and injuries to women due to fragment migration.

Despite the growing number of plaintiffs filing complaints against Teva Pharmaceuticals, the manufacturer of Paragard, the device still continues to exist in the market up to this day. Only two lots of the product were recalled by the company back in 2014 due to a lack of assurance of sterility.

Since then, there has been no other Paragard IUD recall initiated by the company which recognizes the device’s breakage issues. Some women experience a plethora of side effects after IUD insertion. As such, it’s important to understand why you may be having abdominal pain and what you can do about it.

One of the most common IUD-related side effects is lower abdominal pain.

It’s totally normal to experience cramping after getting an IUD.

Cramps actually happen because your body responds to your cervix opening in order to fit the device inside. But just like with every side effect, the duration of cramping may differ from person to person. Severe cramping should also subside right after IUD insertion.

However, the type of your IUD may also play a role in the duration of cramping you may experience.

For instance, with hormonal IUDs like Mirena, women may experience less cramping. On the other hand, with copper IUDs, more cramping should be expected. At times, you might have mild cramps for weeks or even months. However, according to Planned Parenthood, these cramps usually disappear within three to six months.

Irregular and heavy bleeding may also last for three to six months.

Can IUD Cause Sharp Pain?

Although considered rare, feeling a sharp pain you can’t tolerate may mean that the IUD fell out of your uterus. This is also called expulsion.

More often, the IUD falls out within the first three months since it was inserted. However, it can also happen at a much later time.

This is why checking your IUD strings is important. On the day of your appointment, your doctor will instruct you on how often you should check for your strings.

More often, the doctor will advise that you check the strings at least once a month at your home after your period or if you experience strange cramping during your period.

In the future, when it expires or when you decide to get pregnant and want to have the IUD removed, your doctor will also use these strings to pull it out of your body.

If you have no idea how to feel or reach for the IUD strings, make sure to ask your doctor on the day of your appointment.

What are the Symptoms of a Moved IUD?

It can be hard to recognize if your IUD has moved out of place, especially if it only moved ever so slightly. In this case, you may not even feel or notice anything weird. 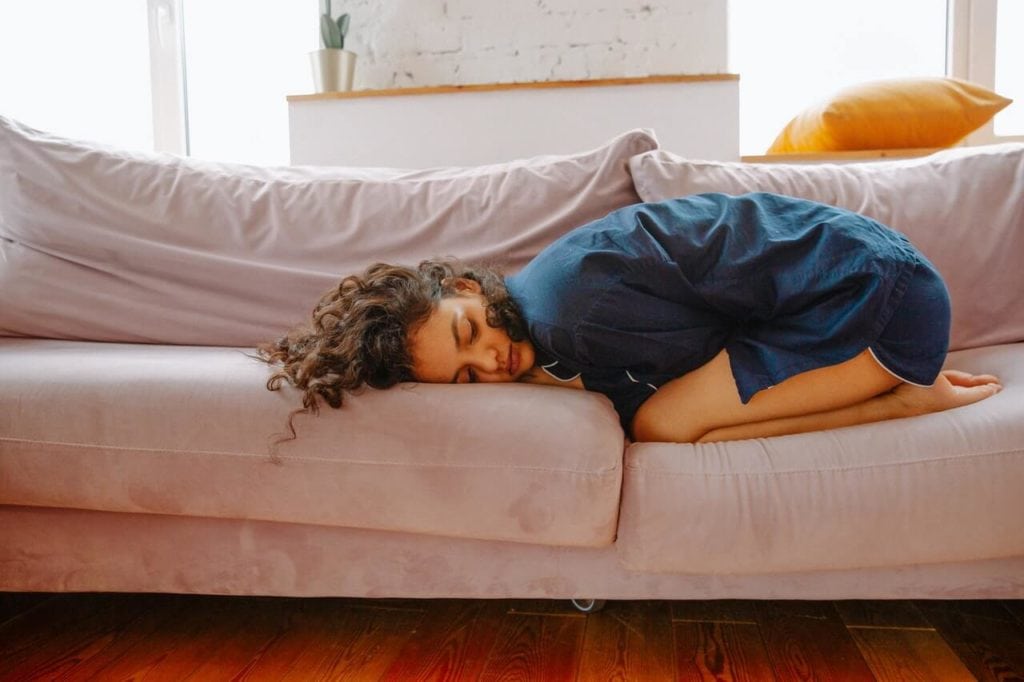 However, if your IUD has definitely moved, these are the signs and symptoms you should watch out for:

If you happen to experience these signs and symptoms, immediately talk to your doctor for medical advice. Never try to remove the IUD on your own.

Some of the severe side effects from having an IUD are organ perforation, device migration, ectopic pregnancy, and pelvic inflammatory disease (PID), also called pelvic pain.

In these cases, it may be necessary for a woman to undergo IUD removal. Again, even though they are rare, they can still happen. Pelvic inflammatory disease is a serious infection that can cause abdominal pain, vaginal discharge, bleeding, fever, chills, and pain during sex.

This condition requires immediate medical attention and treatment from your doctor or health care provider.

A woman is usually at a higher risk of contracting pelvic inflammatory disease within the first 20 days after IUD insertion. In this case, the device itself does not cause or heighten the risk of infection. PID usually occurs if there is already bacteria present in the vagina or if the IUD has been contaminated by bacteria when it was inserted.

Why Does My Uterus Hurt with IUD?

Sharing some horror stories about intrauterine devices, some women actually admit to really feeling and finding out where your uterus is during insertion.

All sorts of IUD-related side effects can also vary from person to person. But many women have actually reported mild to severe cramping after insertion.

During an IUD insertion, the doctor or health care provider will push the T-shaped stick through the cervical canal and into your uterus. And since your uterus is a muscle, the body will normally react with muscle tightening or cramping when something is inserted into it.

Mild to severe cramping is not only present during insertion. It may also be felt during IUD removal.

When Should I Go to the ER for IUD Pain?

IUDs mostly sit in the uterus. But on some occasions, IUDs may also become displaced or fall out.

Expulsion or displacement of an IUD is more likely with younger women or teenagers aged 18-19. It is also more common for women who got an IUD shortly after vaginal birth.

In fact, a 2018 study that observed 162 women who had an IUD insertion right after giving birth vaginally found that 8 percent of the women experienced total IUD expulsion within six months, while 16 percent had a partial expulsion.

Meanwhile, another research has found that younger women and teenagers aged between 14 and 19 have a higher risk of IUD expulsion.

Needless to say, an expelled or displaced IUD can cause severe pain to someone. What’s more confusing is that some women also do not experience any symptoms following an expelled IUD.

But another cause for worry is that the device also loses its contraceptive abilities if it happens, so there is a risk of unintended pregnancy. And if ever you become pregnant with an IUD, there will be more chance that you will miscarry and a heightened risk of ectopic pregnancy.

Symptoms You Should Look Out For

These complications may be uncommon, but if they occur, they require immediate medical attention from your doctor.

It is also necessary for a woman who experiences these symptoms to get to the emergency room immediately:

These symptoms could mean that the expelled or displaced IUD has already caused other severe complications like a perforated uterus, heavy bleeding and anemia, pelvic inflammatory disease (PID), and infection.

Moreover, if the pain that you feel does not go away even after 3-6 months since you got the IUD, it may really be out of place. If you are experiencing this kind of pain and pain killers like ibuprofen or naproxen do not help any more, call your doctor.

Do not be afraid to ask your doctor questions about these birth control devices, because your curiosity might just save you from several complications and a pile of added medical bills.

And above all, maintaining open communication with your care provider is one of the keys to a more positive IUD experience.