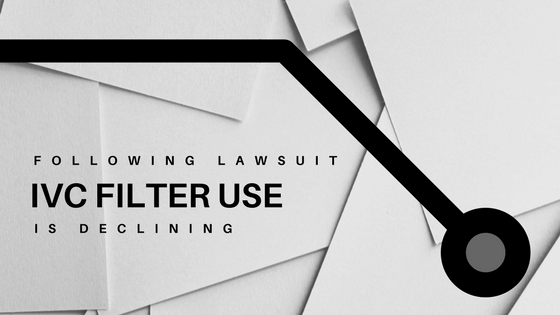 In the past few years, there has been a great deal of controversy regarding the use of the inferior vena cava filter, or IVC filter, as part of medical procedures that deal with blood clots. While the IVC filter is seen as very useful in certain aspects, the side effects have led to more than one lawsuit being filed against manufacturers.

A recent lawsuit win by Cook Medical changed the landscape, however, with many surprised at the verdict that was delivered. Thousands of patients have submitted complaints regarding the effectiveness of the IVC blood-clot filter. But in the first bellwether trial regarding the filter, Cook Medical came out on top thanks to a unanimous verdict from a Federal jury. The trial lasted three weeks, but the other party was unable to prove its case sufficiently.

The Cook Medical win does not mean that the process is over, with two more major lawsuits remaining. These bellwether lawsuits are designed to serve as a precursor for the other lawsuits, because they can indicate how a judge or jury would see the rest of the cases. If Cook Medical does manage to win the other two lawsuits, it is unclear whether any more would be tried.

The lawsuits center around claims from patients that the blood-clot filters did not work as intended, piercing organs and blood vessels, which required additional surgery and further complications. However, Cook Medical stands by the devices, and claims they save more than 100,000 lives each year.

Another interesting development is that usage statistics for IVC filters indicate they are on the decline, which is a sharp turn from the data for the past 30 years. It is the first time use has declined, and many experts are not sure what it means for the IVC filter market or the medical industry.

For 30 years leading up to 2010, the use of IVC filters was increasing. However, the numbers have shown that fewer doctors and medical professionals are using IVC filters in the past seven years to tackle problematic blood clots. It is no coincidence that 2010 was also the year when the United States FDA issued a warning that placing IVC filters into someone may not be the best way to deal with blood clots.

The FDA’s report included many details about the risks of using IVC filters, but some information stood out right away. The FDA reported that the ratio of benefit to risk of having these filters in the body shifts somewhere from the 29th to 54th day of the filter being in the body. By then, it is more of a risk to have the filter inside the body, as compared to the risk of the blood clot creating problems.

The problem for many patients is they do not have any other options. Some cannot tolerate blood thinners, which leaves the IVC filters as the only option. It is up to the medical industry to come up with a solution that is safer than using the IVC filter.