Can an IVC Filter Cause Pain?

Can an IVC Filter Cause Pain? 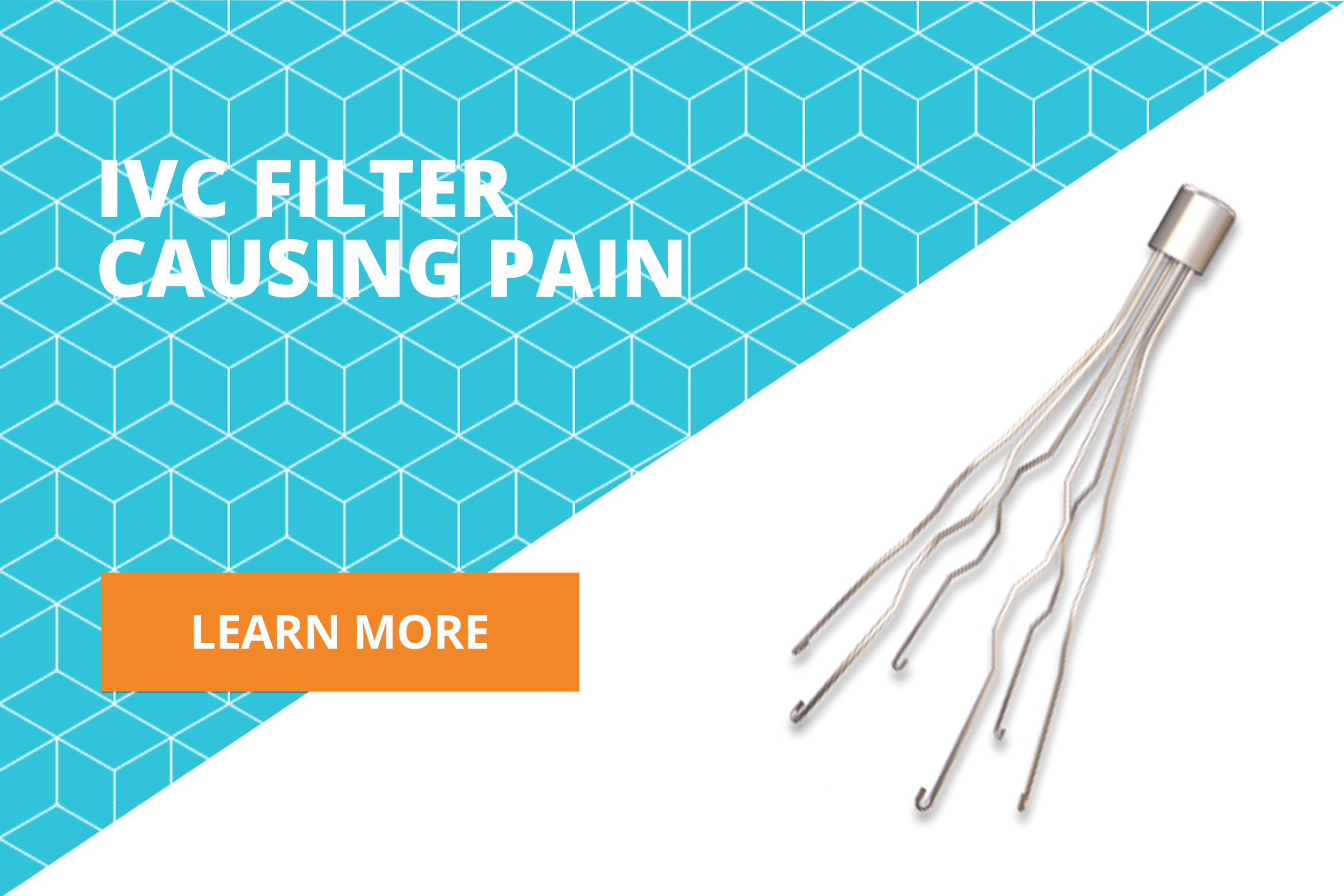 The IVC filter is something that causes a lot of contention among patients, medical experts and doctors. While some still defend the filters and say they provide a valuable function, others are more focused on the myriad of side effects and complications that can result from its use.

There are many lawsuits that have transpired, and some that are still going on, regarding the IVC filter that has been use in the United States since 1979. Even the FDA got involved, releasing two warnings regarding the filters in 2010 and four years later. But what are these filters? And what complications arise from their use?

The inferior vena cava filter is a tiny metal device that is inserted by a doctor into the patient’s IVC. The filter goes into that nerve, as it is the biggest in the body. It is also because that is the nerve that transports blood from the lower parts of the body back towards the heart. The issue is that blood from that nerve eventually makes its way into the lungs. And if that happens, the results can be catastrophic.

It is so important for that to be avoided, which is why many doctors turn to the IVC filter. The filter’s job is to block those clots and get rid of them. It works most of the time, when the filter is performing as intended. The problem is that far too many cases are present where the filter did not work properly – or caused other complications.

Complications of the IVC Filter

When the filter is removed, which the FDA suggests should happen between 29 to 54 days after it is inserted, there can be issues. The filter may cause perforation of the blood vessel, it may have a large clot inside it preventing removal, or the filter may be so hard to retrieve that a long and complex surgery is needed.

The IVC filter, when operating normally, should not cause a patient pain while they are going about their daily activities. The purpose of the IVC filter is to stay in the IVC, where it will act as a checkpoint for any blood clots that may be traveling from the legs higher up in the body. When the IVC filter encounters those blood clots, it will grab hold of them and attempt to dissipate the blood clot.

The problem is that the IVC filter very often does not operate as intended. It is a major issue for patients who were told by doctors it was their only good option to prevent blood clots from forming.

The filter can cause a patient pain if it ends up in some other part of the body. For instance, if the IVC filter dislodges itself from the inferior vena cava vein, it may end up in another organ or even near the heart. If it ends up near the heart, the patient may start experiencing lightheadedness, nausea, chest pain, neck pain and other symptoms in that region. Click to learn more about the side effects of IVC Filters.

If the IVC filter ends up near some other organ, the pain is usually found in the abdomen or back. That is because the filter is disrupting the normal functions of the body wherever it has ended up. It may even be hitting against an organ in the body, which is why the patient could feel pain while they are moving or standing in a certain way.

Another way the IVC filter can cause a patient pain is if it expands too much, or if a blood clot becomes stuck in the filter. This type of pain is usually felt in the legs and lower region of the body. If a patient is experiencing lower leg pain and they think it may be due to the IVC filter, it is best for them to visit with a doctor.

These pain issues are some of the reasons for the many IVC filter lawsuits that have become commonplace. Many lawsuits have already concluded, but others are ongoing. The general guidance is that if a patient had the IVC filter implanted into their body after 2003, and they went through pain, suffering, complications or some type of medical condition because of the filter, they are entitled to file a lawsuit. The validity of the lawsuit will depend on who manufactured the filter, which is why consulting with a lawyer is the best move.