Home / General / Is Too Much Fertilizer a Problem?

Is Too Much Fertilizer a Problem? 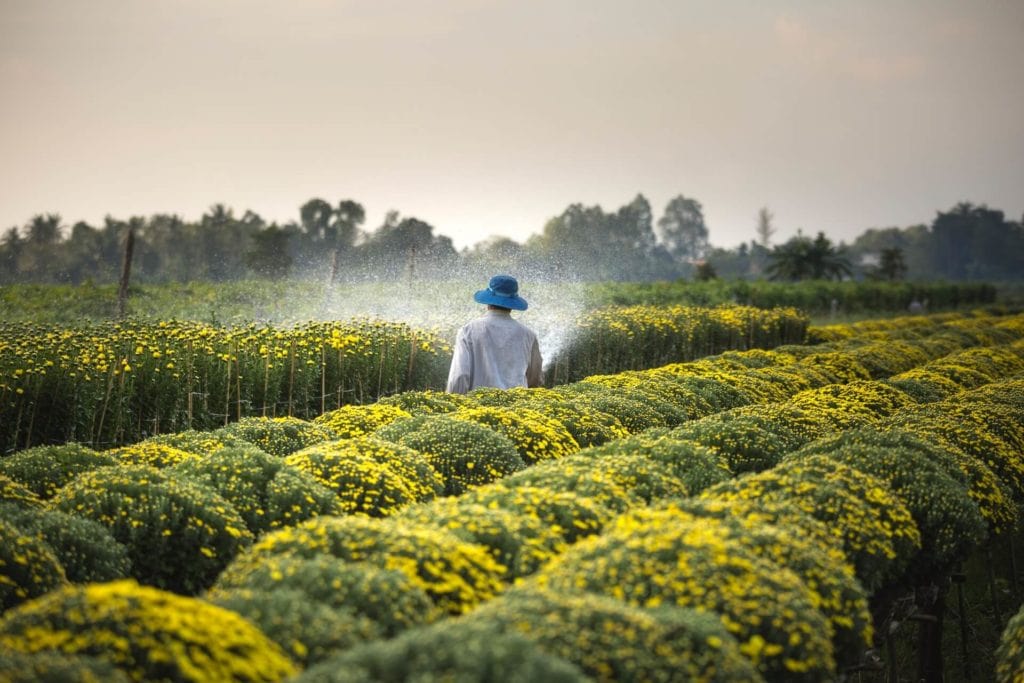 While fertilizers in general are known to be beneficial for plants, at times, too much of a good thing can be bad.

This is because the excessive use of fertilizer can also damage plants or crops in the long run.

Much like the adverse health effects reported by plaintiffs in the Paraquat lawsuits, which claim that being exposed to the herbicide can subsequently increase one’s risk of developing Parkinson’s disease, the negative effects of a fertilizer also do not stop at your plants. Too much fertilizer can be harmful to the environment, to the aquatic life, and to humans, as well.

Fertilizer is any chemical or natural substance added to soil for the purpose of providing nutrients such as potassium, phosphorus, and nitrogen, which are essential to plant growth.

Fertilizers can be categorized into two types: organic and chemical.

An organic fertilizer comes from organic sources such as animal manure and plants. It is more eco-friendly, but not an ideal choice for commercial purposes since it is pricey and has lower productivity.

On the other hand, a chemical or synthetic fertilizer comes from inorganic sources and is manufactured by humans through chemical processes or reactions. It is also cheaper and produces a greater crop yield compared to its organic counterpart.

It’s no wonder synthetic fertilizers are the most widely used fertilizers today. However, this is where the problem starts to set in. Because some agricultural workers or farmers believe that the use of fertilizers always guarantees maximum crop yield and quality, excess fertilizer becomes a problem.

How Much Fertilizer Is Too Much?

Fertilizers sold in stores have three numbers on its packaging which indicates the percent of nitrogen, phosphorus, and potassium in the fertilizer, respectively.

All parts of a plant need nitrogen to grow. In fact, nitrogen is one of the nutrients or elements that’s essential for the growth of all living things, including animals and microorganisms.

As humans, our sources of nitrogen are mainly from the food we eat, including foods like fish, beans, nuts, and meat which are rich in nitrogen, while plants get their nitrogen from the soil.

Today, humans apply around 150 billion kilograms of industrially manufactured nitrogen to the environment each year. Estimates also indicate that nitrogen fertilizer feeds a range of 40-50 percent of the world population.

Obviously, the nitrogen from a nitrogen fertilizer is being taken up by crops or plants. But the bad news is that’s not the end of the story. It’s just actually when the development of subsequent problems begin.

What are the Harmful Effects of Using Excessive Fertilizers?

This lost nitrogen does not only affect the plant itself, but it can also cause a wide array of environmental problems, as it can possibly washed out of the soil and make its way into bodies of water such as streams, rivers, lakes, groundwater, and oceans.

Here are some of the problems that a nitrogen-containing fertilizer can possibly cause:

When excess nutrients from too much fertilizer enters a water body, it can speed up a natural process called eutrophication. Eutrophication promotes the growth of algae and other microorganisms, and can ultimately result in algae bloom, which is harmful to bodies of water.

This is because algae usually have a fast life cycle, and when they eventually die, the process of decomposition consumes oxygen that fish and other marine life need to survive. This phenomenon known as hypoxia affects aquatic life in a way that they either die or leave the area because of low oxygen, until the water body becomes a “dead zone.”

Synthetic nitrogen fertilizers are said to be a major source of greenhouse gas. Some microorganisms present in the soil can transform nitrogen into nitrogen-containing gases, which can potentially be released into the atmosphere.

A greenhouse gas is a gas in the atmosphere that traps heat and accelerates global warming. An increase in agricultural nitrogen emissions may steer us towards global temperature increases.

Excessive fertilizer application can also potentially harm humans and animals. Nitrogen can persist in the water for several years, and if humans consume water with a high nitrate/nitrite/nitrogen concentration, it can result in a blood disorder called methemoglobinemia also known as the “blue baby syndrome.”

This condition is described as the abnormal production of methemoglobin, which is a form of hemoglobin. Studies say that it results from feeding infants with baby formula using nitrate-contaminated water. When this happens, the infant literally turns blue and may eventually suffer from coma and even death.

A recent study has also found an association between increased amounts of nitrates in the environment and our food with increased deaths from Alzheimer’s disease and diabetes mellitus.

Fertilizers may be beneficial in producing more food for the general population, but excessive fertilizer application can cause more problems as it may negatively impact the environment and the public health as well.

Whether you are using a farm or lawn fertilizer, applying more than what is suggested or needed by a plant or crop may help them grow fast, but it can have negative consequences to the ecosystem and the people around you.

Today, fertilizer-related research is currently being done by scientists. Some of its goals are to decrease the amount of nitrogen being released to waterways and the atmosphere as well as improving field conditions to encourage growth of naturally occurring soil nitrogen-fixing bacteria.