Home / News / Weight Loss With Invokana: Is It Worth The Risks?

Weight Loss With Invokana: Is It Worth The Risks? 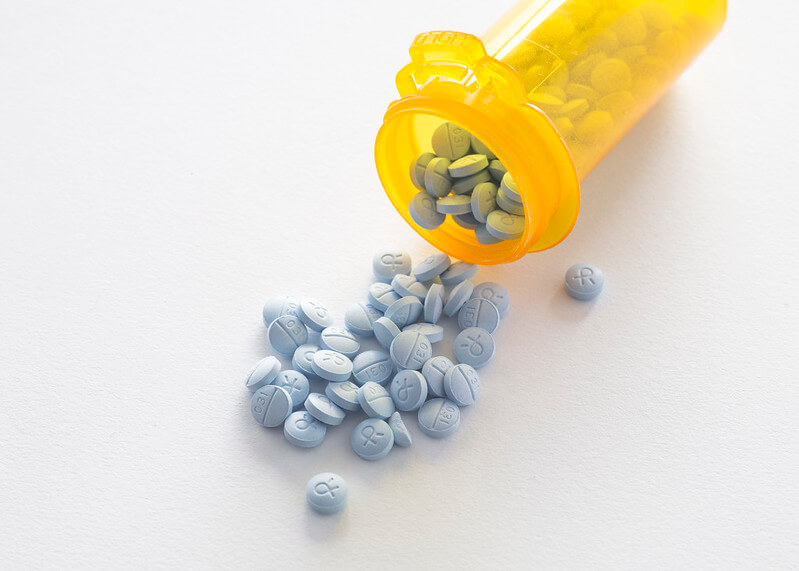 Studies show that Invokana can cause weight loss in type 2 diabetes patients. Although it’s not approved as a weight loss medication, it has been found to cut a couple of pounds in people who take it.

Invokana (canagliflozin) is usually taken in combination with metformin. Together, these medications were seen as a breakthrough in the treatment of type 2 diabetes.

It’s worth noting, however, that Invokana can cause some serious side effects. The diabetes drug is associated with an increased risk of needing a lower limb amputation. Medications in the same class with Invokana have also been linked to elevated risks of developing a rare yet serious genital infection called Fournier’s gangrene.

This led several people who suffered from these serious side effects to file an Invokana lawsuit against the drug manufacturer. According to the product’s website, the three most common side effects for Invokana include yeast infections, changes in urination, and urinary tract infections.

However, patients weren’t ready for other severe side effects that were not listed on the drug’s warning label. Some studies found that Invokana use led to weight loss. But does this benefit outweigh its risks?

Read the article to find out.

How does Invokana cause weight loss?

Invokana is a sodium-glucose cotransporter-2 (SGLT2) inhibitor. Drugs under this class of prescription medicines are FDA-approved for use with diet and exercise to lower blood sugar levels in adults with type 2 diabetes.

In particular, Invokana lowers your blood sugar level by removing excess glucose or sugar through urination. The calories from the glucose leave your body through your urine. This causes you to notice a little bit of weight loss.

It’s important to keep in mind, however, that Invokana isn’t approved as a weight loss medication. Rather, this is a side effect of the drug. Be sure to take Invokana only as your doctor instructs. It’s not advisable to take it for weight loss or for other reasons for which it’s not approved without talking to your doctor first.

What does the research say?

Canagliflozin comes in 100 mg and 300 mg doses. In some studies, people experienced weight loss in either dose of the diabetes medication. However, patients lost a bit more weight on the higher 300 mg dose.

On the other hand, people who took the 100 mg dose of Invokana with metformin lost nine pounds in a year.

Because of this side effect, your doctor may recommend Invokana if you have type 2 diabetes and are overweight.

In the study, canagliflozin also showed a significant reduction in Body Mass Index (BMI) compared to those in the placebo group.

With that said, several studies have already investigated the possibility of weight loss with Invokana. Amounts of the lost weight may vary depending on what study you’re looking at. However, a more recent study revealed that as people lost weight on the diabetes drug, their appetite increased proportionately. This ultimately led to increased calorie consumption and stalling of weight loss in several people.

A study conducted by researchers from the National Institute of Diabetes and Digestive Kidney Diseases (NIDDK) revealed that people who shed some pounds with the type 2 diabetes mellitus drug Invokana experienced a strong increase in appetite, which led to increased calorie intake and weight loss plateau.

The study conducted by David Polidori and colleagues looked at data from a year-long, placebo-controlled, double-blind trial in individuals with type 2 diabetes. Out of the 242 participants in the study, 153 received the SGLT2 inhibitor Invokana, while 89 people got a placebo.

Participants who were given Invokana could eat and drink without restriction during the study. These individuals experienced a gradual decrease in body weight averaging about eight pounds mainly because of urinary glucose excretion.

However, at the end of the study, for every pound of weight these participants lost, they consumed about 50 calories per day more than they were eating before the study. This strong increase in appetite and calorie intake led to a weight loss plateau or slowing of weight loss after six months.

On the other hand, the researchers observed no changes in long-term calorie intake in the 89 participants who got a placebo.

Study Shed Light On Faulty Claims Made In Advertising

It’s important to note that the focus of the NIDDK study was not on weight loss with Invokana use. However, the data may help point to a more moderate side effect of weight loss than what Invokana manufacturer Johnson & Johnson advertises.

In 2015 alone, the pharma giant spent $101.2 million in advertising the drug. One of the claims made by the company is that Invokana can assist in weight loss.

“Although Invokana is not a weight-loss medicine, and each person is different, people can experience a reduction in weight – on average 3%. Results may vary by dose and when used with certain other diabetes medications,” Janssen Pharmaceuticals, a subsidiary of J&J, said on its Invokana website.

Despite the U.S. Food and Drug Administration (FDA) slapping a couple of warnings on Invokana’s label and complaints filed by people who say they suffered from injuries due to the drug, Invokana remains the best-selling medication among SGLT2 inhibitors.

In 2015, the drug managed to rake in $1.3 billion in sales for Johnson & Johnson. Studies also link Invokana to an elevated risk of experiencing a bone fracture, diabetic ketoacidosis, kidney problems, and low blood sugar compared to people taking a placebo.

This is also not the first time that J&J was caught up in controversies about illegal marketing. In fact, the company was investigated by the Department of Justice for illegally marketing their antipsychotic drug Risperdal and had to pay $2.2 billion in civil and criminal fines.

According to plaintiffs who have filed a Risperdal lawsuit, J&J aggressively marketed the drug to doctors and institutions that cared for the elderly, despite knowing the risks of Risperdal to elderly patients.

Invokana is an SGLT2 inhibitor drug that controls blood glucose by causing it to leave the body through urination. Because of this mechanism of action, a patient taking the drug may experience weight loss with Invokana use.

Several studies have investigated the possibility of losing excess body weight with the drug. The range of pounds that people who use Invokana in combination with other diabetes drugs such as metformin shed vary, but most studies say there could be a six to 9 pounds of weight loss with the medication.

A more recent study, however, revealed that individuals who lost weight with the type 2 diabetes mellitus drug gradually lost eight pounds but this ultimately led them to be hungrier and caused them to eat 50 calories per day more than they were eating before the study. After around six months, their weight loss plateaued or stalled.

In general, SGLT2 inhibitors like Invokana have been linked to greater odds of contracting a rare genital infection called Fournier’s gangrene. Meanwhile, canagliflozin has other serious side effects as well. The drug is linked to a higher risk of needing a lower limb amputation. Studies also say that people taking the drug are more likely to suffer from bone fracture, diabetic ketoacidosis (DKA), kidney problems, urinary tract infection, and low blood sugar, among others.

Because of the potential side effect of losing weight, your doctor may recommend Invokana if you have type 2 diabetes and are overweight. It’s worth noting, however, that the drug isn’t approved as a weight loss medication. Therefore, it’s better to err on the side of caution by only taking Invokana as your doctor prescribes.

When Invokana was first approved for use in the United States, it was seen as a revolutionary drug for type 2 diabetes. Doctors also believed that it would make blood sugar management a lot easier. Some mild side effects were mentioned by its manufacturer on the product’s website.

However, the drug ended up causing numerous side effects that were not listed on its warning label, including bone health problems, ketoacidosis, and even kidney failure. If you or a loved one experienced the same and suffered from injuries due to the drug, you may have a case against its manufacturer.

Contact us today if you wish to know more about your rights. We’re here to assist in finding the right Invokana lawyer for you.

Is It Safe to Take NAC Everyday?