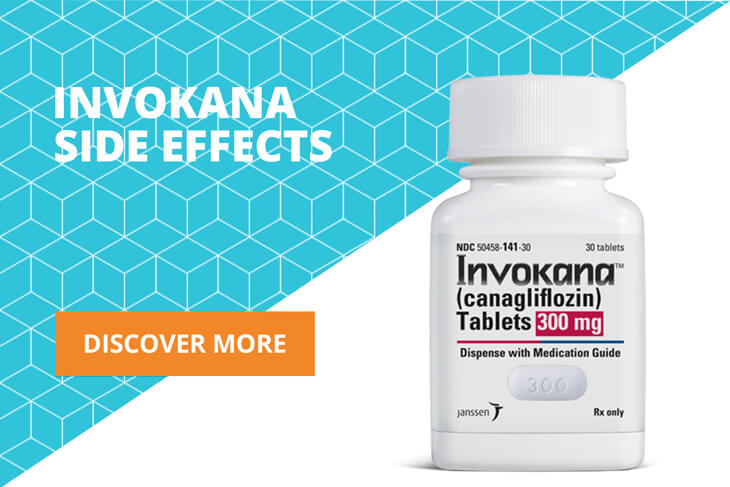 Since early 2013 when Invokana received approval from the FDA, the drug has been shown to cause many severe side effects that were not included in its original warnings. Although warnings have been strengthened and expanded over the years, the initial lack of warnings has led to many patients filing lawsuits in 2018 against the drug manufacturer Janssen Pharmaceuticals.

Individuals who have type-2 diabetes are fully aware of the challenges associated with maintaining blood sugar levels. Along with proper diet and exercise, Invokana is a pill recommended to many type-2 diabetes patients to help control their blood sugar over the long-term.

Invokana is the more common name for Canagliflozin, the medicine that controls blood sugar in someone who has type-2 diabetes. Those who have diabetes are at risk of many serious illnesses and conditions if they are not controlling their blood sugar.

The disorders can be anything from kidney damage to blindness to nerve problems to problems with sexual function. The reason the drug became so popular was because it was viewed as being more efficient at limiting blood sugar levels as compared to other medicines and it assisted with weight loss, a common problem type-2 diabetes.

Unfortunately, Invokana is not a substance that is without side effects. If those side effects were mild, we may not be having this conversation about its dangers. The side effects, however, are very serious and they have seriously damaged the lives of many patients.

The most common side effects associated with Invokana include frequent urination, dry mouth, dizzy and lightheaded feelings, and mild nausea. If these were the only issues, there would be no reasons for patients to file lawsuits.

Some of the more serious and potentially deadly side effects from Invokana include kidney damage, fractures, ketoacidosis, pancreatitis and amputations.

The condition that caused patients the most horror, and is still something that scares many when they are told of the drug as a blood sugar maintenance option is amputation. Can you imagine being given a simple pill by a doctor that you trust, and being told that taking one pill a day is going to help you with your blood sugar, and then finding out that you could be losing a toe, foot or leg because of this pill?

It is hard to imagine, and sounds like something of a fantasy. But it is the reality for so many thousands of patients who suffered so badly because they took Invokana.

Not only did those patients have to deal with many unpleasant side effects, but the end result was the amputation of their toe, foot or leg. These patients are struggling to return to their normal lives. Many are unable to work in the same way as before, while all of them are suffering emotionally and mentally from the damage that Invokana caused to their lives.

And this is without taking into account the impact on the families and the loved ones of those patients who suffered so badly. It is safe to say that not a single patient would have approved their doctor’s advice to take the drug if they were told it would significantly increase the chances of their toe, foot or leg being amputated.

The Link Between Invokana and Amputations

It is remarkable that it took a dedicated study about an unrelated matter to officially discover this link between Invokana and amputations. So many patients had no clue what was happening to them, and why they were losing their limbs. Most doctors may have assumed it was due to the diabetes, and not the drug itself.

But a study was performed where the potential increase in risk of heart disease was being tested. And it was during this study that a link was discovered between Invokana and amputations. The group that took Invokana suffered significantly more amputations, as compared to those who were taking a placebo.

By May 2017, another study had reached similar findings, and the United States FDA put a black box warning next to Invokana. In FDA terms, it is the most serious warning the agency can offer. Any patient who is considering this diabetes medication is warned about the risk of amputation.

There are two types of lawsuits related to Invokana. There are class action lawsuits, and individual lawsuits. A class action lawsuit is where one law firm is taking over the case, and representing many clients who went through the same experience. Meanwhile, individuals can also choose to file a lawsuit on their own, if their attorney believes that is the best play.

With such a high profile case, it makes sense that all lawsuits will be consolidated to a single state. They will be heard in New Jersey, in front of the same court. It allows for more continuity, and makes things easier for both parties. That is why we are going to see three bellwether lawsuits in New Jersey standing trial in September 2018. Those trials will determine how the other cases proceed.

Those who are part of individual lawsuits against Johnson & Johnson, the parent company of the drug manufacturer, will always have the option of a settlement. But those who are seeking a substantial settlement must remain patient, as no lawsuit has reached its conclusion yet. Before a single lawsuit, the plaintiff is only going to offer lower settlements.

There will be updates about the lawsuits related to Invokana, and the verdicts of the bellwether trials, when more information is available. Keep checking this page for updates.