How Do Herbicides Affect Human Health? 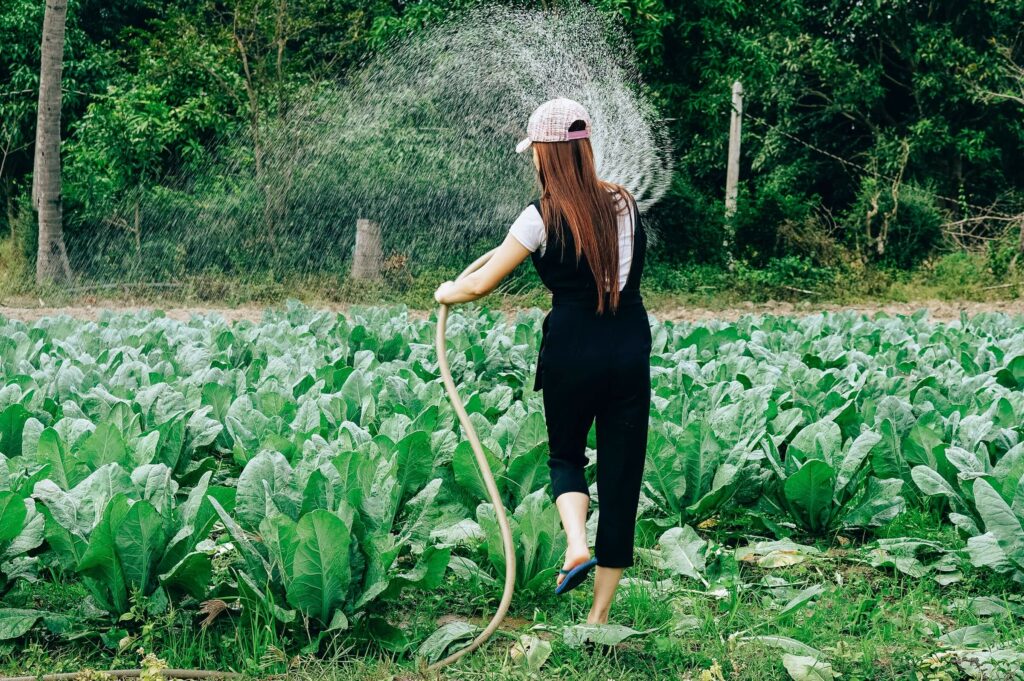 It’s no secret that today’s heavily industrialized agricultural sector has posed a number of burdens not only on the environment, but also to human health.

Hence, it is not surprising that the scientific community and environmental organizations have been largely focusing on determining the environmental factors that negatively impact our health.

Some of these detrimental effects to human health have been traced back to a wide array of chemicals including pesticides and herbicides.

What is a Herbicide?

A herbicide is a type of pesticide used to specifically control weeds and other unwanted plants. The use of herbicide may be important in protecting plants through weed management, but its known ability to cause several adverse health effects in humans is something we cannot just ignore.

A popular herbicide that is widely used in many agricultural and non-agricultural settings in the United States has been the topic of many studies recently.

Mounting evidence suggests that exposure to Paraquat, one of the most widely used chemical herbicides in the country, has been linked to an increased risk of developing Parkinson’s disease.

Furthermore, according to the Centers for Disease Control and Prevention (CDC), Paraquat is a highly toxic chemical that can cause severe poisoning in case of exposure through ingestion, inhalation, and skin absorption.

Several Paraquat lawsuits have been filed across the country by plaintiffs who have been seubsequently diagnosed with Parkinson’s disease after being exposed to the pesticide in the workplace.

However, the potential risks of herbicides do not only affect people who load, mix, and apply the chemicals, as pesticides are also used for other purposes, such as the maintenance of some non-agricultural areas. But it doesn’t completely end there, as its adverse effects can also extend to people who live near farms through environmental exposure.

Below are some more negative health effects associated with chemical herbicides.

Effects of Herbicides on Human Health

Herbicides have been associated with a number of short-term and long-term negative effects on human health. These adverse effects can also depend on some factors, including:

Pesticide exposure can affect different systems of our body and cause negative health effects, such as neurological, reproductive, gastrointestinal, respiratory, dermatological, endocrine, and carcinogenic effects, among many others.

Some specific examples of these detrimental effects on humans caused by herbicides are:

Pesticides are believed to have a neurotoxic effect that may negatively affect the central nervous sytem and interfere with our nerves’ activity. This neurotoxicity is also thought to be responsible for some neurodegenerative disorders linked to herbicides and pesticides, such as Parkinson’s disease and Alzheimer’s.

A 2014 study published in JAMA showed an association between Alzheimer’s and the organochlorine pesticide DDT. According to the study, farmers and agricultural workers who were exposed to the chemical are more likely to suffer from dementia, including Alzheimer’s.

DDT has also been linked to neurodevelopmental effects in children. This means that a pregnant mother that has been exposed to DDT may potentially increase her unborn child’s risk of developing neurodevelopmental problems, including autism and intellectual impairment.

Pesticide exposure has been associated with a higher prevalence of respiratory symptoms, such as:

An Australian study also found that occupational pesticide and herbicide exposure may be linked to an increased risk of developing bronchitis, chronic obstructive pulmonary disease (COPD), and other breathing problems.

Atrazine is a widely used herbicide that’s linked to oxidative stress and endocrine-disrupting effects, potentially causing reproductive toxicity. Prolonged exposure to this class of chemical herbicides may cause reproductive changes, including:

These reproductive effects have mainly been associated with exposure to certain chemicals in herbicides which are classified as endocrine disruptors, which can potentially alter fertility by triggering changes in hormone levels.

Organophosphates, which are one of the most commonly used herbicides, is one class of chemical pesticides that also include malathion and diazinon, are widely known as endocrine disruptors.

An endocrine disruptor is a chemical that causes changes or disrupts the production of hormones in our body’s endocrine system. This disruption on different hormones has been linked to numerous adverse health outcomes, including:

A number of case-controlled studies in the U.S., Italy, and Canada also associated organophosphate insecticides with an increased cancer risk. Aside from an increased risk of cancer, organoposphates have also been linked to ADHD, numbness, and muscle weakness.

A common organophosphate known as glyphosate has also been the subject of ongoing scientific debates for quite some time now. Glyphosate has been associated with an increased cancer risk.

A glyphosate based herbicide known as Roundup has also been named in several lawsuits in the country. Aside from causing some forms of cancer, glyphosate exposure through Roundup can also potentially cause DNA damages and may act as endocrine disrupting chemicals to human cell lines.

Recent research has also shown that an inert ingredient of Roundup known as polyethoxylated tallowamine, or POEA, may have a toxic effect on human cells, particularly embryonic, placental and umbilical cord cells.

A number of federal laws and policies aim to regulate herbicide application, labeling, and registration. However, these rules may not be enough to have an in-depth knowledge of the potential health risks associated with herbicide use.

The alleged benefits of herbicides when it comes to weed control or management should also be weighed against its potential for exposure and its possible impacts to nontarget organisms, aquatic life, the environment, and most especially to human health.

Carefully observing and following the instructions indicated on the herbicide label may decrease one’s risk of being exposed to its potentially harmful chemicals. Safety procedures like wearing protective equipment during herbicide application should also be properly observed to minimize the chances of exposure. Posting signs in public areas during and after herbicide application may also prove to be helpful.