Home / General / Hospital Mergers and Acquisitions: How do they Affect Patients and Consumers?

Hospital Mergers and Acquisitions: How do they Affect Patients and Consumers? 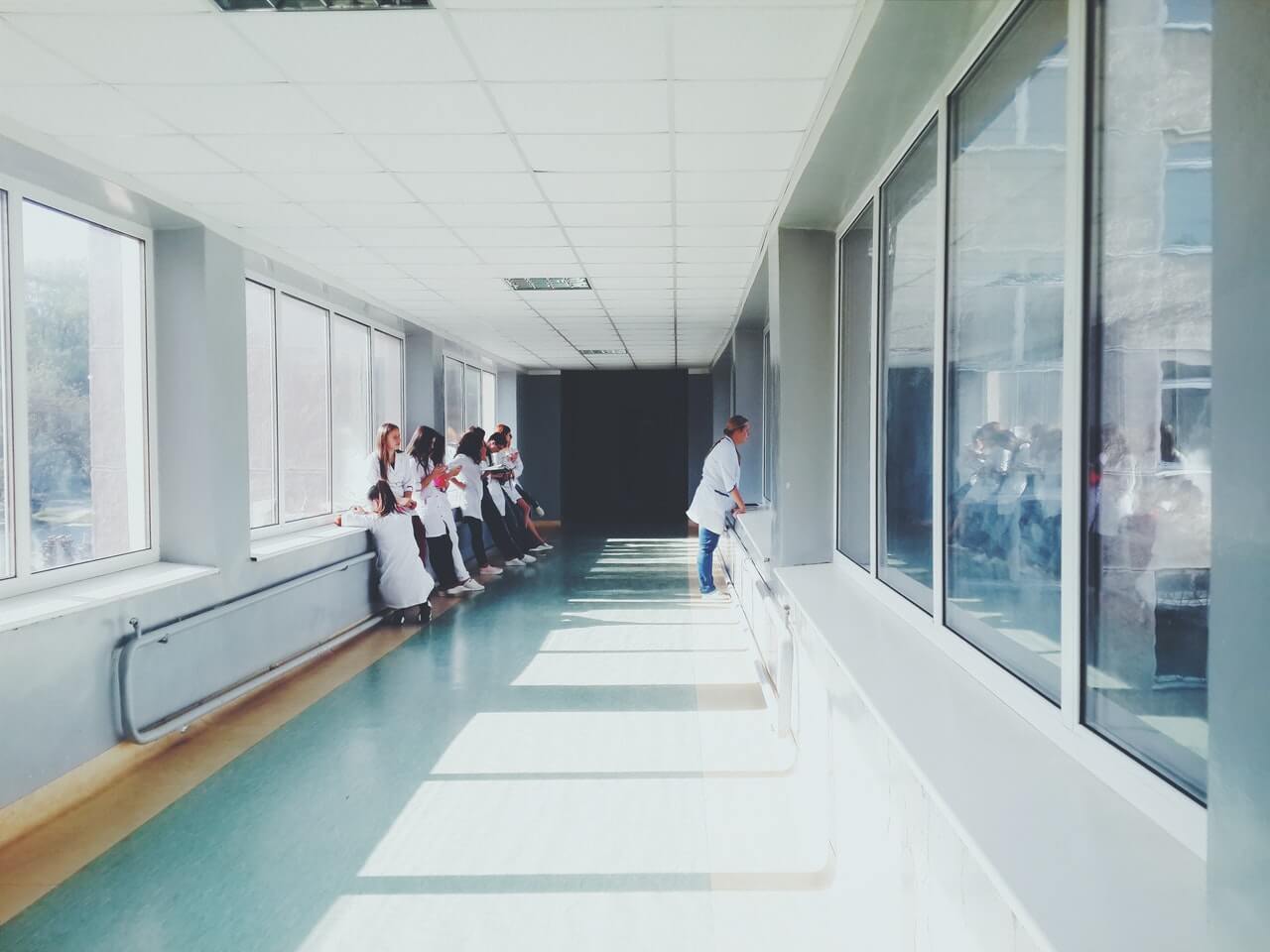 Over the past few years, health systems have been expanding their avenues.

In 2010, there was a sharp spike in the numbers of hospital mergers and acquisitions.

It continued throughout the decade, with immense growth and several high-profile transactions.

Even in 2020, when the pandemic hit, and when health systems adapted to find new ways to provide quality care to patients during COVID-19, numerous organizations still engaged in healthcare merger and acquisition deals.

Hospital associations have defended these deals by saying they will lower costs and improve patient care.

However, they almost never do.

In fact, a number of studies have shown that hospital mergers and acquisitions led to higher prices, and did not improve patient care, or reduce costs.

Continue reading as we get in depth about these deals, because there’s so much more to them than what meets the eye.

What does it Mean when Hospitals Merge?

Hospitals are merging all across the United States.

In 2014 alone, there were 95 hospital mergers and acquisitions among hospitals in the country.

Now, there are two questions to ask:

First, what is fueling this trend in hospital consolidation?

Second, why should a consumer of health care like you, be wary of it?

As what they say, there are always two sides to every story.

Hospital administrators argue in support of mergers and acquisitions. According to them, hospital consolidation helps improve efficiency, quality, and access to health care.

In theory, it can also potentially lower costs because the more care or services a hospital can provide, the more efficient and much cheaper it should become.

If you have heard this viewpoint before, hospital mergers and acquisitions would seem like something beneficial to patients and consumers.

However, arguments against hospital mergers focus on patient costs increasing. For instance, let’s say that a single health system controls the majority of health care given in an area. Then that system also controls the amount it charges for services when there is no other option for patients to choose from.

Health economists, in the other hand, argue that when smaller hospitals merge into larger health systems, they acquire a larger share of the consumer health market.

This means that they are in a position to ask health insurance companies to pay more for medical care and procedures.

With the numerous existing controversies among healthcare professionals, health systems merging or being acquired is just one item in the list of concerns in the industry.

Take, for example, doctors being involved in issues of being showered with gifts and incentives in order to write more prescriptions for a certain medication.

This same issue was the reason why pharma giant Johnson & Johnson was investigated by the Department of Justice for its illegal marketing practices of its antipsychotic medication, Invega.

The company reportedly paid kickbacks to healthcare providers to prescribe the medication for a much broader range of off-label indications.

Healthcare professionals were allegedly corrupted with lavish incentives and expensive gifts to use Invega for treating autism in children with developmental and personality disorders and elderly patients with dementia.

The company, knowing full well that Invega comes with several risks especially for these vulnerable populations, still marketed the medication to these people.

As a result, several patients who was diagnosed with gynecomastia and older people who had worsened stroke, diabetes, and pneumonia because of taking the drug, are now seeking for justice.

An increasing number of plaintiffs are now filing Invega lawsuits to hold Johnson & Johnson accountable for the injuries they have sustained and side effects they have suffered from unsuspectingly taking the antipsychotic medication.

Merging of hospitals is yet another long-standing concern in the health care industry.

According to several health systems, the acquisition of another organization, or merging with it, is the key to future success.

With the health care industry being constantly pressured to cut back on costs, mergers and acquisitions can leverage the economies of scale, as said by the health systems.

However, professionals in the health care industry have long had doubts regarding the lack of competition in health system mergers.

The proponents of health care M&A defends the non-competitive nature of mergers by saying that such structural changes are necessary to survive in the ever changing industry.

How Many Hospital Mergers are There in 2019?

According to consulting firm Kaufman Hall, hospital merger and acquisition (M&A) activity in 2019 continued to be “strong and steady,” with 92 deals announced.

The number of merger and acquisition transactions announced in 2019 was a bit higher compared to 90 M&A deals of the previous year.

The Chicago-based firm’s annual review of hospital mergers and acquisitions also found that the average size of sellers by annual revenue remained above recent levels at $278 million in 2019.

With this, the report also found that the trend toward financially strong health systems continued, with 3 announced “mega-mergers” wherein the smaller hospital had more than $1 billion in revenue.

“What we saw in M&A activity in 2019 represents a clear turning point away from the aggregation of assets and toward real transformation of hospitals and health systems,” Anu Singh, managing director at Kaufman Hall, reportedly said in a press release.

“Acquirers are less focused on obtaining ‘more of the same’ and instead are looking for ways to expand their portfolios, market opportunities and service offerings, especially when it comes to consumers.”

How Long Do Hospital Mergers Take?

Most hospital mergers and acquisitions can take a considerable amount of time to be completed.

This length of time may range from 4 to 6 months up to several years, as there are several steps to be completed successfully by two health care systems before they can be legally combined into a single entity.

Mergers and Acquisitions Led to a Decline in Health Care Experience

In one study entitled, “Changes in Quality of Care After Hospital Mergers and Acquisitions,” Beaulieu and colleagues indicated that in acquired hospitals, there was a modest decline in patients’ experience.

The study, which was funded by the Agency for Healthcare Research and Quality, and published in the New England Journal of Medicine, used data on hospital performance from 2007 to 2016 by using four measures of quality of health care:

The authors juxtaposed these with data on 2009-2013 hospital mergers and acquisitions to compare the changes in performance of hospitals that changed ownership with the other group that did not.

According to the study, in cases of hospital consolidation, there was a modest decline in experiences of patients, especially when ownership was transferred to health systems with relatively low scores for patient experience.

What Happens to Employees when Health Systems Merge?

Each consolidation of providers is, of course, unique.

Needless to say, they all affect the people who rely on the hospitals and doctors’ officers in their community.

Hospital mergers and acquisitions may affect availability and delivery of services as hospitals and health systems work toward increased efficiency in cost control.

When efficiency is the goal, employees may become redundant and threat of layoffs might exist.

All of these factors have an effect on the community, from lost jobs, to lost revenue, to a decrease in quality care, to higher out-of-pocket costs.

In a 2014 study, researchers found that health system mergers encourage an increase in long-term sick absences in the first year as well as 2-4 years after the merger, which is significantly higher than what is normal.

The authors state that “mergers and the quest for higher productivity may come at a price, i.e. higher levels of long-term sickness absence.”

The researchers further added that the increase in long-term sickness absence “represents a larger monetary loss, and a loss of workforce capacity.”

Staff layoffs is also a possibility, especially in the case of employees whose facility is taking the subordinate role.

Furthermore, a different study found that a health system merger has a “small, transient positive impact on staff job satisfaction in the year immediately before and after approval.”

Healthcare merger and acquisition carry a huge impact on the quality of care for patients.

Mostly, they occur because an organization can no longer function independently. From there, a larger healthcare company acquires it, and that will allow the smaller healthcare facility to resume its operations.

In short, if this acquisition did not take place, several patients would have to go by without access to treatment and care.

But while merger deals offer opportunities to improve medical care, they can also be a cause for worry.

Hospital concentration also tends to reduce quality of care for some medical procedures.

Hospitals are the most expensive part of the American healthcare system, with $1.2 trillion in spending per year, and with costs rising around 5% annually.

As what the detailed academic study published in the NEJM found, hospital merger and acquisition failed to decrease prices and improve the quality of care for patients.

Now, it’s your turn to express your thoughts.

Do hospitals acquire medical facilities for the sake of patients, or do they only consolidate to generate higher revenues and raise prices?

Please tell us what you think on the comments section below.