Geodon is an atypical antipsychotic that has been approved for treating people from 18 to 65 years old that have schizophrenia and manic episodes associated with bipolar disorder. However, the drug maker, Pfizer, has been sued by users of the drug and state regulators for marketing the drug illegally. These lawsuits have resulted in settlements and fines, costing the company billions of dollars.

Pfizer’s subsidiary Pharmacia & Upjohn pled guilty in a 1999 case for illegally promoting the use of Geodon for several off-label conditions. The company was fined $2.3 billion in both civil and criminal fines. Pfizer claimed that the drug could effectively treat several conditions, which included: 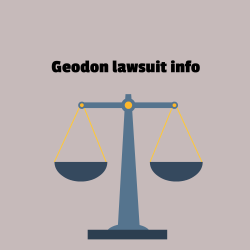 The drug maker also made claims that Geodon was safer than many other drugs and encouraged doctors to prescribe their product.

A lawsuit filed in 2007 by a doctor in Pennsylvania alleged that three of the doctors who worked on Geodon’s clinical trials had been sanctioned by regulators. The lawsuit said two of researchers had been disbarred by the Federal Drug Administration and did prison time. The third researcher named had been sanctioned for research misconduct in Texas.

The lawsuit stated that Pfizer relied on researchers with a history of misconduct so it could get a positive outcome for Geodon and other drugs. The doctor who filed the suit questioned the drug’s approval and the lawsuit was part of the $2.3 billion dollar settlement Pfizer was ordered to pay.

A woman recently sued a Greenville, TN nursing home in a lawsuit alleging that they gave her father medications that were not approved for his conditions. The 79-year-old man had Alzheimer’s and dementia. The Geodon lawsuit also alleged the nursing home, Life Care Center of Greeneville, gave the antipsychotic drug without her approval, she was the victim’s power of attorney.

Geodon and other similar anti-psychotic drugs have been shown to cause an increased death rate among elderly patients.

A settlement for $33 million was agreed on for a lawsuit filed by 43 states who had sued Pfizer for deceptive marketing practices for its drug Geodon. The suit had claimed that Pfizer marketed Geodon for off-label uses not approved for by the FDA. The off-label uses included using it on pediatric cases and for dosages higher than the FDA had approved.

The settlement will require Pfizer to:

The settlement also requires that for nine years (starting from 2009) Pfizer’s medical staff bears responsibility for any medical content placed in medical letters about Geodon. These conditions were just some of which were required by the settlement.

The lawsuit was filed in 2010 and alleged the illegal marketing of the medications caused an increase in sales. The stronger sales caused Pfizer personnel to give “false and misleading statements” about how the company had performed financially and the how they marketed their products. Those bringing the suit said this caused Pfizer stock to be traded at higher prices.

The price of Pfizer stocks had dropped after the 2009 $2.3 billion settlement was revealed, although that news was covered up by Pfizer’s purchase of their purchase of Wyeth for $68 billion. Pfizer claimed they did nothing wrong and that the 2015 settlement has yet to be approved by the courts.

Most of the settlements that Pfizer has agreed to pay have involved illegal marketing tactics promoting Geodon and their other drugs for uses they were not approved for by the FDA. These lawsuits have resulted in billions of dollars of fines and payments to most U.S. states who have participated in litigation. Although there have been some lawsuits against Geodon for improper uses and the side effects it causes, the biggest settlements have been for illegal marketing.

Who Should Pursue a Lawsuit?

If you are taking Geodon, it may be difficult to know whether or not to pursue a lawsuit. As Geodon and similar drugs have side effect such as diabetes, increased blood sugar levels and neurological disorders, you should first consult your doctor if you show any unusual symptoms, especially if you’ve never experienced them before.

If you doctor suggests a causal link between Geodon and your symptoms, you should consult an attorney, especially one that has been involved in product litigation cases. They may file a liability lawsuit, which seeks compensation for injuries caused by a product; in this case the product would be the drug Geodon. Depending on the details involved, you may also be able to sue for medical malpractice or have other claims against the drug company.

Rather than filing your own Geodon lawsuit, you may want to consider participating in a class-action suit with others who have been harmed by the drug. If your attorney thinks you could participate in a class-action suit, you would need to talk to one of the attorneys involved in the lawsuit. The initial consultation with one of the attorneys is usually free of charge. If you think you have been harmed by taking Geodon, do not hesitate to call an attorney for advice.