…. If this is the case, please keep reading… 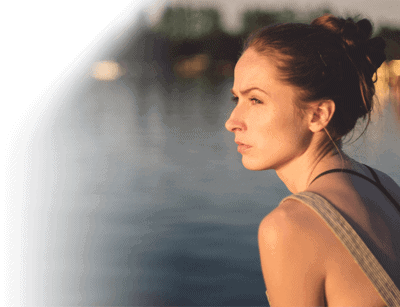 Several people who received a shot of the Human Papilloma Virus (HPV) vaccine Gardasil recently filed a lawsuit after suffering from many life-altering side effects. They claim to have suffered from severe and sometimes permanent physical injuries that were not disclosed on the medication’s label, such as Guillain-Barré syndrome (GBS) and postural orthostatic tachycardia syndrome (POTS).

If you or a loved one are among the unfortunate few who suffered from a serious health consequence of Gardasil, please continue reading. There is more you may not know.

What is Gardasil and why it is used?

Is Gardasil HPV beneficial or dangerous?

All vaccines, just like any other drug, are associated with some risks. However, since they’re also beneficial in protecting the host from potentially lethal viruses or their serious consequences (such as cancer in the case of HPV), they must be thoroughly evaluated to assess their risk/benefit profiles.
The U.S. Food and Drug Administration (FDA) has monitored the safety of Gardasil for several years, and from 2006 to 2008 it has collected 12,424 reports of adverse events, of which 772 have been serious. Some of these include:

While rare, these risks are acceptable only if the vaccine truly is beneficial for the population, and if the public is properly informed about them. However, according to Dr. Diane Harper, the researcher who lead the Phase II and Phase III clinical trials which assessed the safety and effectiveness of Gardasil, this may not be the case.

The doctor recently cleared her conscience, and explained how the risk of cervical cancer in the U.S. is so abysmally low, that probably these vaccines are not useful at all. In 98% of the people who contract HPV, the virus goes away on its own, and only in those few where it persists, it can eventually cause the precancerous cells which may develop into cervical cancer.

On top of that, Merck itself apparently admitted that the vaccine is effective on 4 strains of HPV out of the 40 that are currently circulating. Lawyers allege that the risk/benefit profile of the vaccine may have been unscrupulously manipulated in order to put profits over public safety.

What are the serious health risks associated with the HPV vaccines?

According to the product liability attorneys that brought the Gardasil lawsuits to the attention of the US legal system, the HPV vaccines Gardasil 9, Gardasil, and Cervarix are linked with several health risks that have never been disclosed to the public. They allege that neither the medical personnel who injected the vaccines nor the patients who received the shots have been warned about the risk of developing autoimmune diseases among the others.

In particular, the plaintiffs who filed the Gardasil lawsuits reported a broad range of serious, long-term health risks that include:

Guillain-Barré syndrome (GBS) is a rare disorder characterized by paralysis and muscle weakness. It occurs when the immune system attacks nerve cells for unknown reasons, causing damage that, in some instances, can even be permanent. The Centers for Disease Control and Prevention (CDC) admitted there have been at least 4 confirmed reports of GBS linked with HPV vaccines between 2014 and 2017 alone.

Postural orthostatic tachycardia syndrome (POTS) is a highly debilitating autoimmune system associated with fainting, vertigo and a rapid increase in heartbeat every time the patient stands up. Although the causes are currently unknown, in a recent Gardasil lawsuit, a plaintiff claims it could have been linked with nerve damage caused by the vaccine. The attorneys allege that Merck’s proprietary aluminum compound can act as a potent neurotoxin, causing POTS.

Complex Regional Pain Syndrome (CRPS) is a chronic pain condition that stems from the common pain in the arm usually felt after a patient is given a shot of HPV vaccine. This persistent pain may be very debilitating and has been reported as a consequence of these drug injections by several patients in Japan.

Why should you file a Gardasil lawsuit?

If you are suffering from the worst consequences of a Gardasil injection, you may be unable to engage in the normal activities that a healthy person would normally enjoy.

If you experienced an irreversible health decline in the months or years that followed receiving an HPV vaccine shot, the manufacturer could be held liable for it and you might be entitled to monetary compensation.