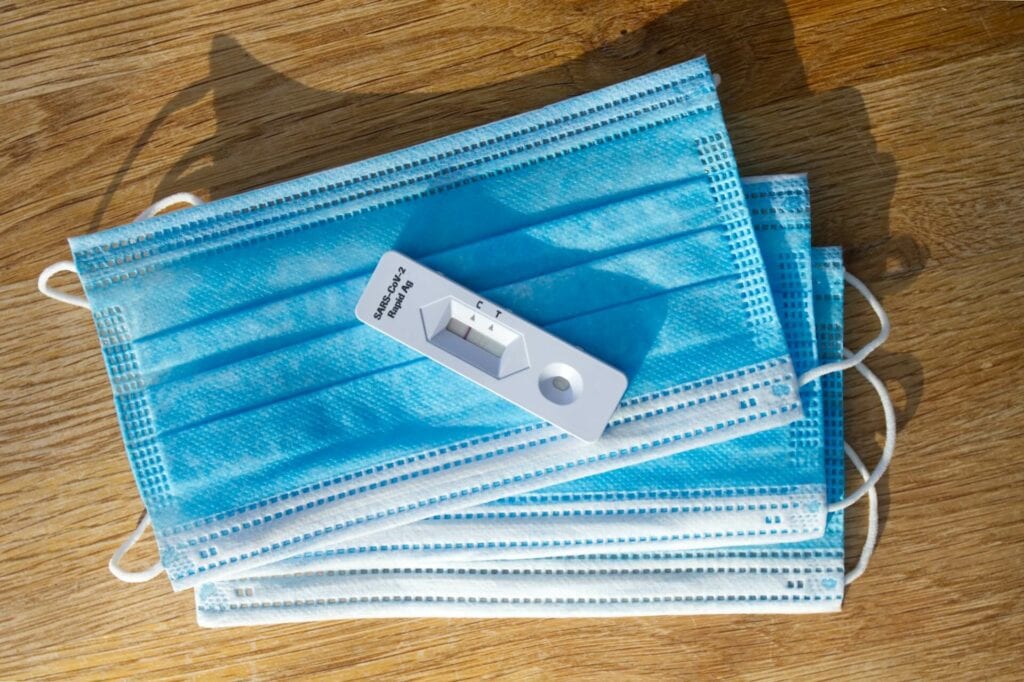 When Ellume’s at-home COVID-19 test kits got a nod from the Food and Drug Administration (FDA), everyone rejoiced. During the onset of the pandemic when going out was too risky, a covid test you can do at home is heaven-sent.

Last December, it became the first over-the-counter, at-home test to receive an emergency use authorization from the agency.

Now, Australian company Ellume is recalling nearly 200,000 test kits. The company learned that the devices returned too many false-positive results because of a manufacturing error.

Details About the Recall

In the past few weeks, the company noticed that some of its kits were returning a higher-than-expected rate of false positives. However, this problem was first detected in mid-September.

Dr. Sean Parsons, Ellume’s chief executive, traced the issue to the differences in the quality of one of the raw materials used in the product. The 195,000 recalled Ellume test kits amount for around 5.6 percent of the total number of home COVID-19 tests that the company has shipped to the United States.

Some of the test kits that were affected by the problem were also provided to the U.S. Department of Defense. Although Dr. Parsons declined to identify the material that caused the problem, the FDA declared that it was a manufacturing issue.

The regulating agency also added that the issue doesn’t affect the reliability of negative results.

Ellume’s test kits are a form of rapid tests designed to detect traces of the virus in your nose. The kits include a nasal swab which is inserted into the users’ nostrils. It also has a Bluetooth-connected analyzer that could be used with an app on the users’ phones.

The app is meant to guide the user through the test. It also includes a video that shows step-by-step instructions on how to do the at-home test.

Results are then transmitted to the app after 15 minutes. As with any other medical tests, however, there’s always a risk for false-positive as well as false-negative results. Rapid antigen tests like these also have different rates of false-positive results depending on the brand and whether or not the user has noticeable covid symptoms.

In fact, according to a Cochrane review, rapid tests are generally more accurate in detecting positive cases when users have symptoms.

What Ellume Has to Say

The company has asked retailers to take off the tests from shelves and is currently in the process of notifying consumers about the recall.

“We recognize that this incident may have shaken the confidence of some of those who trusted Ellume to help them manage their health and to take back a bit of control of their lives during this pandemic,” Parsons said in a statement.

“To those individuals, I offer my sincere apologies—and the apologies of our entire company—for any stress or difficulties they may have experienced because of a false-positive result.”

Consumers who happen to have one of the affected products can request a replacement online. Users who will also attempt to use a recalled test kit will also be notified through the app that the specific product has been taken off the market.

Dr. Parsons said that Ellume had put “extra controls” in place to prevent the possibility of the same problem emerging again in the future.

“We are doing everything possible to get known, good product into the hands of consumers in the U.S.,” he added.

Ellume said it will send an email to customers who used one of the recalled test kits and got a positive result in the last two weeks. The company recommended that users who have not yet scheduled another test to confirm their results should immediately do so.

The FDA said in a separate statement that individuals who got a positive result after using one of the affected test kits should contact their health care provider or an urgent care location and ask for a molecular diagnostic test.

Ellume is now in the process of notifying retailers, distributors, and consumers about the recall and working with the FDA to resolve the manufacturing issue that led the company to recall the affected lots.

The impacted test kits have expiration dates between February 28, 2022, and July 31, 2022. And although the company’s statement doesn’t say exactly where the recalled tests were available, Ellume tests have been widely sold through retailers such as Amazon, Walmart, Target, and CVS.

Meanwhile, in related news, the FDA recently approved a new at-home antigen test, ACON Laboratories’ Flowflex. The authorization “is expected to double rapid at-home testing capacity in the U.S. over the next several weeks,” Dr. Jeffrey E. Shuren, director of the Center for Devices and Radiological Health at the FDA, said in a statement. “By year’s end, the manufacturer plans to produce more than 100 million tests per month, and this number will rise to 200 million per month by February 2022.”