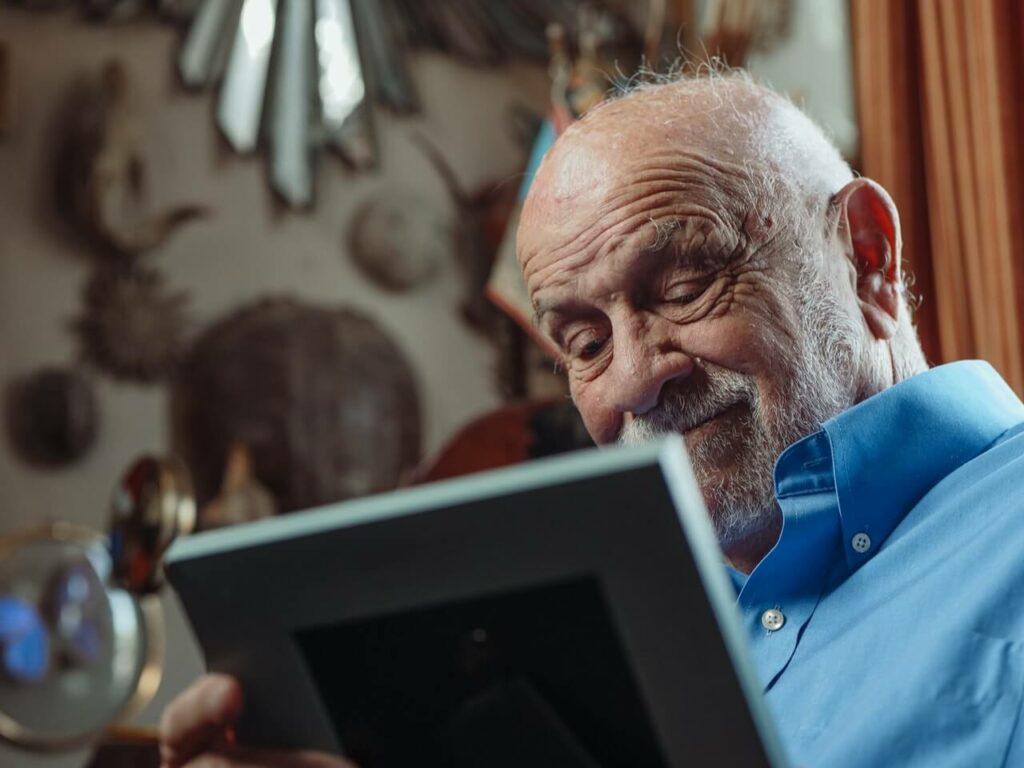 As we age, there are certain things we normally expect to change. Our hair turns gray, skin becomes saggy, vision and hearing may begin to decline, and our metabolism slows down.

These things are to be expected when we grow older.

Throw in symptoms like memory loss, difficulty remembering information, difficulty performing everyday tasks, and changes in mood and behavior, and these might be signs that a loved one experiences something more than just normal aging — they could be early warning signs of Alzheimer’s disease (AD).

According to a 2021 report by the Alzheimer’s association, more than 6 million Americans, mostly older adults aged 65 or older, live with Alzheimer’s, which is the most common form of dementia.

So whether you are concerned for yourself or a loved one, it is important to know the early signs of Alzheimer’s disease to ensure early diagnosis and possibly take steps in improving quality of life.

Here are 7 of the most common early warning signs for Alzheimer’s:

Perhaps the most common early warning sign of Alzheimer’s is forgetting recently learned information. It’s normal to sometimes forget names or appointments but remember them later. However, a person living with Alzheimer’s might forget things more often than usual.

This may include forgetting important dates, repeating the same question over and over, or telling the same recent story multiple times.

2. Having Trouble Following a Plan or Solving Problems

AD patients may experience difficulty in developing and following a plan and working with numbers. An occasional mistake when working with monthly bills and finances may be normal, but when these errors are made even in things they used to be familiar with, it may be a cause for concern.

For instance, they may have trouble following a certain recipe they are familiar with, or managing household bills and expenses. They may also find it more difficult to focus on things.

People who live busy lives can be preoccupied and distracted at times that they may forget to serve a part of a meal, only to remember it afterwards.

However, an Alzheimer’s patient may forget how to do and complete routine or familiar tasks, including basic ones at home or at the workplace such as driving to a familiar place, recalling the rules of a favorite game, or performing duties at work.

Another early symptom of Alzheimer’s disease is having problems with language, either spoken or written.

Carefully observe if a loved one is struggling to keep up with a conversation or suddenly stops mid-sentence because of trouble in looking for the right words to say. They may also call objects by the wrong name.

An Alzheimer’s patient may remove themselves from work, avoid social engagements, or even lose interest in the hobbies they used to enjoy before.

6. Changes in Judgment or Decision-Making

We all make questionable decisions sometimes. However, a person with Alzheimer’s may struggle with making decisions or have poor judgment over financial matters. They may also pay less attention to themselves and dismiss a medical problem that needs attention.

A loved one who begins to be unusually confused, anxious, or suspicious, or easily gets upset, may be a cause for concern.

AD patients may also develop troubling behavior in general, such as striking changes in their personality, loss of intiative, fearfulness, and lack of interest in daily activities.

What are the Stages of Alzheimer’s Disease?

Alzheimer’s disease is a neurodegenerative disorder that develops slowly, with symptoms that gradually worsens over time.

Some Alzheimer-related changes that the brain undergoes may begin even years before any symptoms of the disease show up. This time period is called preclinical Alzheimer’s disease, which is usually identified only in research settings. You or your loved ones may not notice any symptoms during this stage.

The stages mentioned below may only provide you with an overview of how changes may take place as the disease starts to progress and may only be used as a general guide.

Dementia is a general term applied to a group of symptoms that negatively affects cognitive ability, including memory loss and reasoning or thinking difficulties.

In mild Alzheimer’s disease, a person may still function on his/her own and changes experienced are not significant enough to affect work or social activity. However, despite appearing to be healthy, the person may begin having memory lapses, such as forgetting recent events or familiar words.

Common problems at this stage may include:

In this stage, the disease continues to progress. Therefore, patients may require a greater level of supervision and care.

Dementia symptoms are also more apparent in this stage. The person may grow more confused and at times frustrated. Increased damage in the nerve cells in the brain can also make it difficult for a person to express thoughts or perform routine tasks without help from others.

Other symptoms may include:

In the final stage of Alzheimer’s, dementia symptoms are severe. Individuals at this stage are completely dependent on other people for care and assistance. As cognitive abilities continue to be negatively affected, a significant personality change may be apparent.

Some symptoms may include:

Although there are medicines used to treat symptoms of the disease, there is currently no cure for AD. A new drug that was recently approved by the U.S. Food and Drug Adminstration can allegedly treat the underlying causes of the disease, but it was met with criticism by the agency’s very own experts.

If you or a loved one is displaying symptoms of Alzheimer’s disease, a trip to the physician may be necessary.Early detection of the disease may help you in figuring out which steps to take in order to improve a loved one’s quality of life.