Home / News / Does Sleep Apnea Go Away On Its Own?

Does Sleep Apnea Go Away On Its Own? 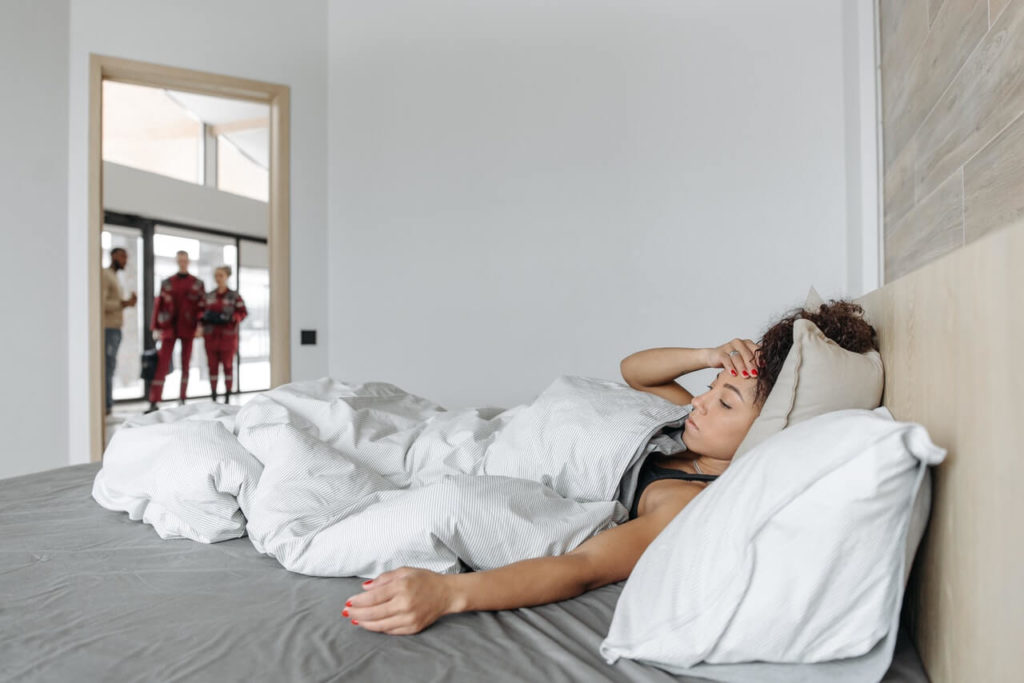 Over 20 million adults in the United States suffer from sleep apnea, says the American Sleep Apnea Association. With that said, there’s little doubt that it’s one of the most prevalent sleep disorders in the country.

And even though many of these people go undiagnosed, many of those who are aware that they suffer from the condition wonder whether there’s a potential for sleep apnea to go away on its own.

If you find yourself asking the same question, know that you’re not alone. In this article, we will explore if sleep apnea ever goes away by itself, along with more important information you should know about this sleep disorder.

To gain a better understanding of whether your sleep apnea will go away on its own or you need to seek the help of a sleep specialist, it’s important to understand what causes the condition in the first place. Most people diagnosed with sleep apnea have obstructive sleep apnea.

Obstructive sleep apnea (OSA) occurs when there’s a physical blockage in your upper airway. And when the airway closes, a patient stops breathing. This disruption in breathing happens momentarily but repeatedly during sleep.

Several factors can contribute to the blocking of your airway. However, some causes that are strongly associated with sleep apnea are obesity and a person’s anatomy.

Most people who have OSA are overweight. In obese people, excess weight creates fat deposits in the neck and throat, narrowing their airways. Decreased muscle activity in this area can lead to apneic episodes, ultimately resulting in sleep apnea.

Studies show that losing just 10 to 15 percent of your body weight may result in an improvement of up to 50 percent in the severity of sleep apnea. This is especially true for people with mild sleep apnea. However, it may take more than just weight loss alone to eliminate OSA for those who have severe sleep apnea.

But eliminating extra weight is still helpful in reducing your risk for other health problems linked to sleep apnea, including heart disease and stroke, among others.

While obesity is one of the risk factors that are strongly associated with OSA, even those who are thin and physically fit can also develop sleep apnea. This is because apnea can also be caused by a person’s underlying anatomy.

For instance, naturally having the following can contribute to a blockage in your airway:

When sleep apnea is caused by a person’s natural anatomy, surgeries are often used to correct the obstructions. But while these procedures are considered highly invasive, they may not work in all cases of sleep apnea. Because of this, a CPAP machine is still considered the first line of treatment for a sleep disorder caused by anatomical obstructions.

How does a CPAP machine help?

A continuous positive airway pressure (CPAP) machine is a device that’s commonly used in people with obstructive sleep apnea. CPAP machines use a hose and mask to deliver a steady stream of air pressure into your airways.

For most people, CPAP therapy pays off significantly in the end. For others, however, it may take some getting used to. Most patients new to the therapy may need an adjustment period to fully get into the CPAP treatment.

A CPAP therapy is also known to cause some side effects. Some of the most common ones experienced by patients include:

The good news is that the most common side effects from a CPAP device can easily be avoided by having the right fit of mask, regularly cleaning your machine, and closely working with your sleep doctor. There are, however, some rare side effects that can be caused by a CPAP machine.

The risk of having lung problems is one of these less common side effects. But with the recent Philips CPAP recall, concerns have also been growing about complications from the device.

Plaintiffs who have filed a CPAP lawsuit against the manufacturer Philips claim that the sound abatement foam from the recalled CPAP machines can break down into potentially toxic particles which can be inhaled or ingested by a patient through the device airway.

These particles and chemical emissions from the component present in the devices can potentially result in respiratory problems, lung injuries, and even cancer.

Can sleep apnea clear up on its own?

In general, sleep apnea is a chronic condition that doesn’t go away on its own. This is especially true for individuals whose condition is caused by anatomical obstructions. Natural anatomy tends to be fixed from adolescence onwards.

Which means that for children and teenagers diagnosed with sleep apnea, there’s a chance that they may still outgrow their sleep apnea symptoms. This is because their airways and facial anatomy may continue to undergo changes before puberty. With that said, early detection and treatment of OSA is essential to avoid further health problems associated with the condition.

Untreated sleep apnea can go beyond just loud snoring and daytime sleepiness. In fact, it can lead to serious medical conditions, including high blood pressure, stroke, and heart attack, among others. OSA may also be linked to congestive heart failure, type 2 diabetes, and hypothyroidism.

But while your sleep apnea may not disappear on its own, in mild cases, a couple of lifestyle changes can be a key part in keeping your symptoms at bay. These include:

Sleep apnea is a medical condition that doesn’t clear up on its own. However, there may still be hope for children and teenagers with the condition to clear their symptoms, as their anatomical features may still change.

There may be highly invasive procedures available for adults who sleep apnea is caused by anatomical obstructions. It is important to note, however, that for the most part, these surgeries are less effective. This is why early diagnosis and treatment for the condition is essential to avoid the health risks associated with it.

Moreover, for the same reason, a sleep apnea treatment that remains to be the most effective is still a continuous positive airway pressure (CPAP) therapy. The steady flow of air from the device keeps your airway open and prevents it from collapsing. It may take some time for some people to get used to wearing the device in extended periods of time.

That’s why it’s important to always consult with your sleep specialist if you have any concerns regarding your CPAP machine. Having the wrong fit of mask may already mean giving up on treatment for many people. But it’s important to understand that CPAP therapy is highly effective for patients who can tolerate it.