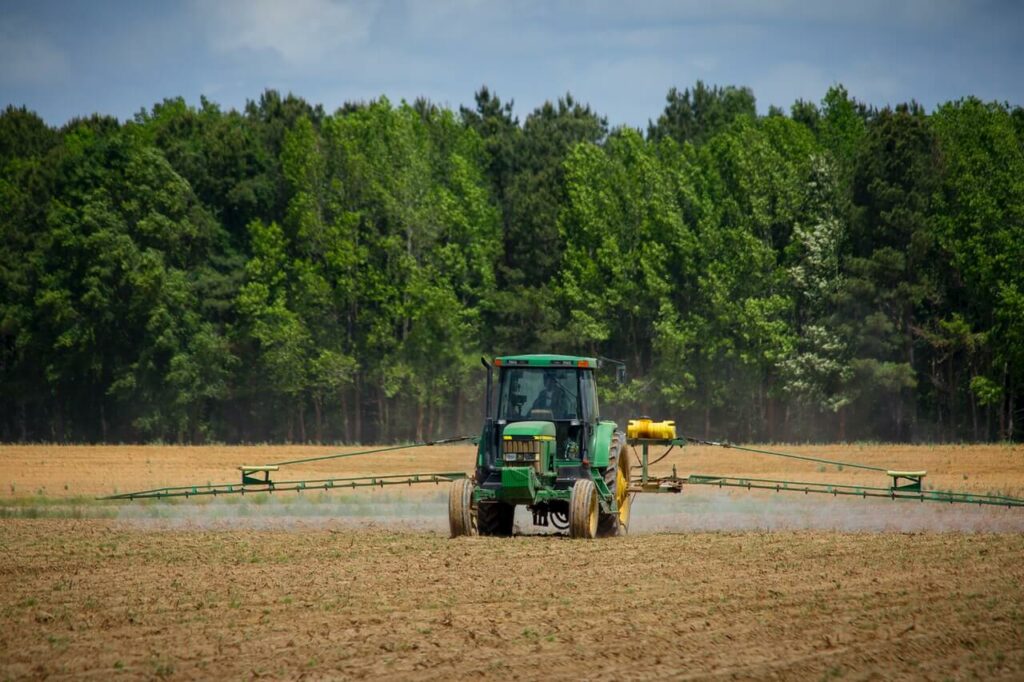 The systemic pesticide sulfoxaflor can no longer be used on crops in California, a superior court in the state recently ruled. The decision is a win for pollinators, beekeepers, and several environmental groups.

The lawsuit was filed by petitioners who claim that the state’s Department of Pesticide Regulation (DPR) violated state environmental law when it approved agricultural uses for sulfoxaflor in 2020.

The groups allege that the DPR failed to consider the adverse effects that the chemical has on bees.

Pesticide use has long been notorious in the United States for their detrimental effects on human health and the environment. Unfortunately, much to many environmental organizations’ dismay, industrial agriculture in the country still heavily relies on these toxic chemicals.

For instance, paraquat, a popular herbicide associated with an increased risk of Parkinson’s disease, is still widely used in the U.S. The pesticide has also been the target of many lawsuits filed recently. According to plaintiffs who have filed a paraquat poisoning lawsuit, long-term exposure to the pesticide triggers neurotoxic effects and ultimately results in the development of Parkinson’s disease.

Despite mounting evidence on its harmful effects on the brain, however, the weed killer remains on the market. In fact, the U.S. Environmental Protection Agency (EPA) recently granted the pesticide an interim re-approval – which also led to a lawsuit against the agency.

There’s still much that needs to be done when it comes to regulating pesticides. Will the California state superior court’s  decision to prohibit the use of a pesticide that’s harmful to bees signal the start of better regulation?

Sulfoxaflor is an insecticide that was first registered by the EPA in 2013. It’s primarily used in controlling insects such as aphids, plant bugs, stink bugs, and thrips in agricultural settings.

The agrochemical industry argues that sulfoxaflor is different from neonicotinoid pesticides, which have been under scrutiny for their harmful effects on bees. However, they’re considered very close cousins because they have a similar mechanism of action – both target the same nicotinic acetylcholine receptor in insects.

Both sulfoxaflor and neonicotinoids are also systemic insecticides. This means that they get absorbed by all parts of a plant and are distributed throughout plant tissues. Both are toxic threats to bees and other insects even at low doses.

All kinds of organisms can be exposed to sulfoxaflor when they consume any plant parts. In the case of pollinators like bees, exposure can occur through the collection of pollen and/or nectar.

The impacts of low-level, short-term exposures of honey bees to sulfoxaflor include:

“Honeybees and other pollinators are incredibly important in our food systems and our wider ecosystem, but they’re dying in droves because of pesticides like sulfoxaflor,” Earthjustice attorney Greg Loarie says in a statement. “With this ruling, the bees in California are getting much-needed relief just as we’re seeing some of the worst signs of colony collapse,” he adds.

Court Steps In To Stop Sulfoxaflor Use

The lawsuit was brought by the Pollinator Stewardship Council and the American Beekeeping Federation. The Superior Court of the State of California agreed with the petitioners that the sulfoxaflor approval decision by the DPR is a violation of the California Environmental Quality Act (CEQA).

The product was produced by Corteva Agriscience, formerly known as Dow AgroSciences. Prohibiting the use of the highly bee-toxic pesticide in the state is expected to protect native bees and several other pollinators.

Moreover, the recent decision is also a win for mammals such as chipmunks, shrews, and bats that can also be exposed to sulfoxaflor. Some effects that the pesticide has on these mammals include involuntary muscle tightening, ultimately resulting in constriction of the diaphragm and asphyxiation. In all, this caused an increased death in the animals’ newborn pups.

This is why response to the court’s decision from the advocate world has been positive.  President of the Pollinator Stewardship Council Steve Ellis said: “Just about every commercial honey bee colony in this country spends at least part of the year in California, so this ruling is incredibly important for protecting pollinators in the United States. In recent years, we’ve seen astounding losses to our honey bee colonies. Removing systemic insecticides such as sulfoxaflor will help ensure honey bees have a healthy future.”