What Chemicals Cause Parkinson’s Disease? 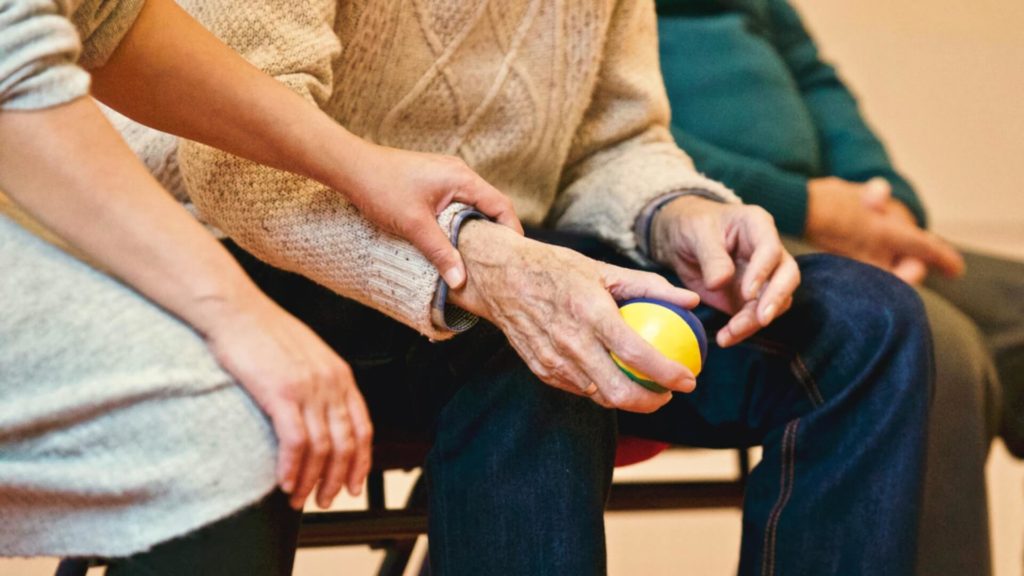 The exact cause of Parkinson’s disease is still unknown to experts up to this day.

However, mounting evidence has suggested that there’s an association between exposure to certain chemicals and an increased risk of developing Parkinson’s disease.

This begs the question, what particular chemicals can cause Parkinson’s Disease?

Read on to learn more about the specific chemicals or environmental factors that may contribute to the development of the neurodegenerative disease.

Parkinson’s disease (PD) is said to be because of the loss of dopamine-releasing nerve cells in a small, central part of the brain called the substantia nigra. The substantia nigra produces dopamine, which helps coordinate movement in our body.

But when nigral nerve cells are impaired, less dopamine is released and motor function is affected. And that’s when hallmark Parkinson’s symptoms including tremors, difficulty balancing, and slowed movement start to set in.

Several studies have suggested that environmental toxicants including pesticides, herbicides, and other pollutants are linked to an increased risk of developing Parkinson’s disease.

Here’s how these chemicals are said to play a role in the development of the neurological disorder:

The study identified Paraquat and Rotenone as the two chemicals strongly associated with Parkinson’s. The authors even added that the risk of Paraquat exposure is not only exclusive for agricultural workers who are at the highest risk of being exposed to the herbicide due to occupational exposure, as individuals who live near farms where Paraquat dichloride is used can also be at risk of the chemical’s adverse effects through environmental exposure.

These concerns speak volumes, especially due to the fact that the Paraquat herbicide has been the target of many lawsuits in the United States for some time now. In 2017, the first Paraquat lawsuit was filed in Missouri in behalf of farmers and agricultural workers who subsequently developed Parkinson’s disease after occupational exposure involving Paraquat.

The 2011 study further explained that PD risk was associated with lifetime use of pesticides, with animal studies suggesting that both Paraquat and Rotenone can cause oxidative stress and block mitochondrial complex.

MPTP is a toxicant that has been known to cause parkinsonism. Parkinsonism is a condition that causes a combination of the movement abnormalities seen in Parkinson’s disease. Neurologists and researchers discovered this link when a group of IV narcotic addicts in 1983 injected a synthetic heroin that was found to have been contaminated with MPTP and developed symptoms of parkinsonism.

Exposure to organic pollutants like polychlorinated biphenyls (PCBs) and organochlorine pesticides has also been linked to an increased risk of developing PD. PCBs were used in various industrial settings until they were banned in the 1970s.

A 2000 study found an increase in Parkinson’s disease cases which may have resulted from exposure to PCBs.

Numerous epidemiologic studies have suggested the role of air pollution in the risk of PD. Heavy metals including copper, lead, mercury, and manganese, which are also airborne metals that are emitted into the air may be linked to the development of Parkinson’s.

Agent Orange is a defoliant chemical that was used to a great extent during the Vietnam war. Exposure to Agent Orange has been associated with birth defects and multiple types of cancer. In 2010, the Department of Veteran Affairs added Parkinson’s disease to the list of conditions that are potentially associated with exposure to the chemical.

What are the Risk Factors for Parkinson’s Disease?

Experts are still uncertain about what really causes Parkinson’s. However, aside from the environmental factors, there are also other risk factors that may contribute to the development of the condition, which include the following:

According to a 2014 research review, old age is the most significant risk factor for developing Parkinson’s. Another review from 2016 indicated that experts believe that the body’s brain and dopamine function tend to decline as you age, making one more prone to the condition.

If you have a family history of Parkinson’s disease, you may be more likely to develop the condition. A 2020 study in China suggested that genetic factors may contribute to the development of PD.

Lewy bodies are clumps of substances within brain cells found in people with the disease. They contain a protein that cells are not able to break down, which eventually results in the interruption of brain functions.

Sex can also play a role in developing Parkinson’s. The disease seems to affect more men than women.

Can Parkinson’s Disease Be Prevented?

It is not possible to prevent Parkinson’s disease, but some believe that lifelong healthy habits may reduce one’s risk of developing the condition. Some medications may also relieve some of its symptoms.

In some PD patients, particularly those who are at the late stage of the disease, surgery may be an option to help improve symptoms.

Some experts also advise doing preventive measures such as wearing gloves and other protective equipment when applying pesticides as it may help protect you against the disease.

Although experts have some clues on what causes Parkinson’s disease to develop, much is still unknown about the topic. Moreover, early detection and treatments may help you relieve your PD symptoms, but a cure for the condition has not yet been found.

This tells us that more research is needed in the future to fully understand the role that environmental factors and other known risk factors actually play in causing Parkinson’s disease.