Home / General / Is It Safe to Take NAC Everyday?

Is It Safe to Take NAC Everyday? 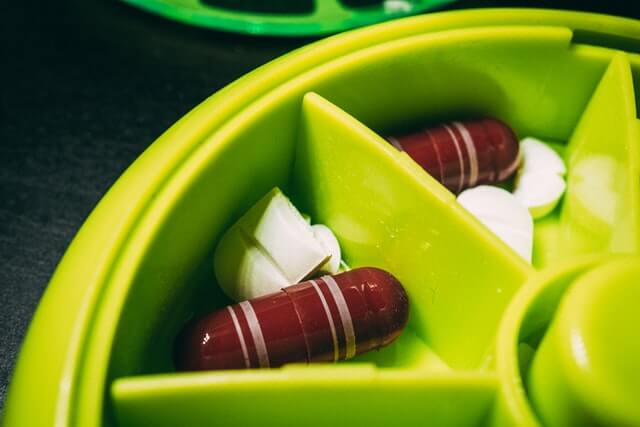 Yes, you can take NAC everyday. However, it is worth noting that N-acetylcysteine (NAC) is not approved by the Food and Drug Administration (FDA) for any other purpose except to treat acetaminophen toxicity. Therefore, there are no official guidelines on the safe dose of NAC.

But common doses were utilized across clinical studies evaluating NAC use for different conditions. People should practice caution and discuss NAC supplementation and its proper dosage with a physician.

Read on to learn more about the proper dosage of NAC and for which specific health conditions it is recommended for.

What is the right NAC supplement dose?

The right NAC supplement dose largely depends on why you are taking the substance. Although there is no approved safe dose of NAC, the most common dose used for gut health or general wellness is at around 600-1,200 mg per day.

NAC has been studied as an additional therapy for many psychiatric disorders, such as schizophrenia, mood disorders, obsessive-compulsive disorder (OCD), and substance use disorders. However, it should not be considered as an alternative to the medical teatment of mental health disorders.

It should only be used as a potential add-on to the treatment recommended by a healthcare professional.

For immunity and antioxidant support, the University of Maryland Medical Center suggests to begin with 500 mg daily and gradually increasing the dosage with the supervision of a physician. It also reports that doses over 7,000 mg could lead to toxicity.

Another common dosage found across many clinical studies is around 1,800-2,400 mg of NAC, usually divided into 2-3 doses throughout the day.

How often should you take NAC?

N-acetylcysteine (NAC) can be taken twice to three times daily, according to manufacturers. There is no official daily allowance for NAC because it is not an essential nutrient, unlike vitamins.

However, NAC supplements have low bioavailability, meaning they are poorly absorbed by the body. The accepted daily supplement recommendation should be observed or consulted with a qualified healthcare provider to always be on the safe side.

What happens if I take too much?

If you take too much NAC, you are likely to experience its reported side effects, such as nausea, diarrhea, rash, gastrointestinal upset, vomiting, and fatigue. However, excess levels of NAC taken over a short period of time could result in acute renal failure, hemolysis, and thrombocytopenia in certain patients, and ultimately, to death.

According to The Memorial Sloan Kettering Cancer Center, there have also been case reports of less common side effects, including headache, anaphylaxis, low blood pressure, and asthma attacks.

There have been no reports of toxicity with the use of NAC as an oral supplement. However, there is one case of a patient who died because of accidental overdose from intravenous NAC.

Can you take NAC long-term?

In one study with HIV-positive participants, the use of 4 grams per day of NAC was linked to improved survival. However, according to anecdotal reports, taking such large doses of N-acetylcysteine for prolonged periods could result in nausea, vomiting, abdominal discomfort, and diarrhea.

Taking NAC with acidic drinks such as cola beverages and orange juice may reduce nausea. On the other hand, long-term NAC use can also reduce one’s levels of trace minerals in the body, according to The Beth Israel Deaconess Medical Center.

Although this effect is only minimal, if one is considering taking NAC over longer periods of time, they should also consider taking a mineral supplement and a standard multivitamin.

What is the latest on NAC?

NAC dietary supplement products have been under fire lately. The U.S. Food and Drug Administration (FDA) recently asserted that the substance cannot be lawfully marketed in dietary supplements because it was first approved by the regulatory agency as a respiratory drug back in 1963.

The FDA adds that NAC products are excluded from the definition of a dietary supplement for the same reason. In late 2021, the agency also requested additional information and research results on the past use of NAC in products sold as dietary supplements.

Fearing the total ban of NAC supplements on the American market, The Council for Responsible Nutrition (CRN) and Natural Products Association (NPA) filed separate citizen petitions to urge the FDA to reverse its position on the legality of NAC.

This year, the agency finally answered both petitioners by releasing a draft guidance. It denied requests made by the two trade associations to reverse its stance that the popular ingredient NAC is excluded from the definition of a dietary supplement. There is a silver lining, however, as the FDA indicated that it is ‘likely’ to create a rule that would formalize the legal use of NAC in finished dietary supplements.

“If, among other considerations, FDA does not identify safety-related concerns as we continue our review of the available data and information, we are likely to propose a rule providing that NAC is not excluded from the definition of dietary supplement,” the draft guidance states.

And although the draft guidance issued by the agency was seen as a victory for the vitamins and supplement industry, others say it still leaves some legal questions hanging.