Home / General / Can Birth Control Cause Depression and Anxiety?

Can Birth Control Cause Depression and Anxiety? 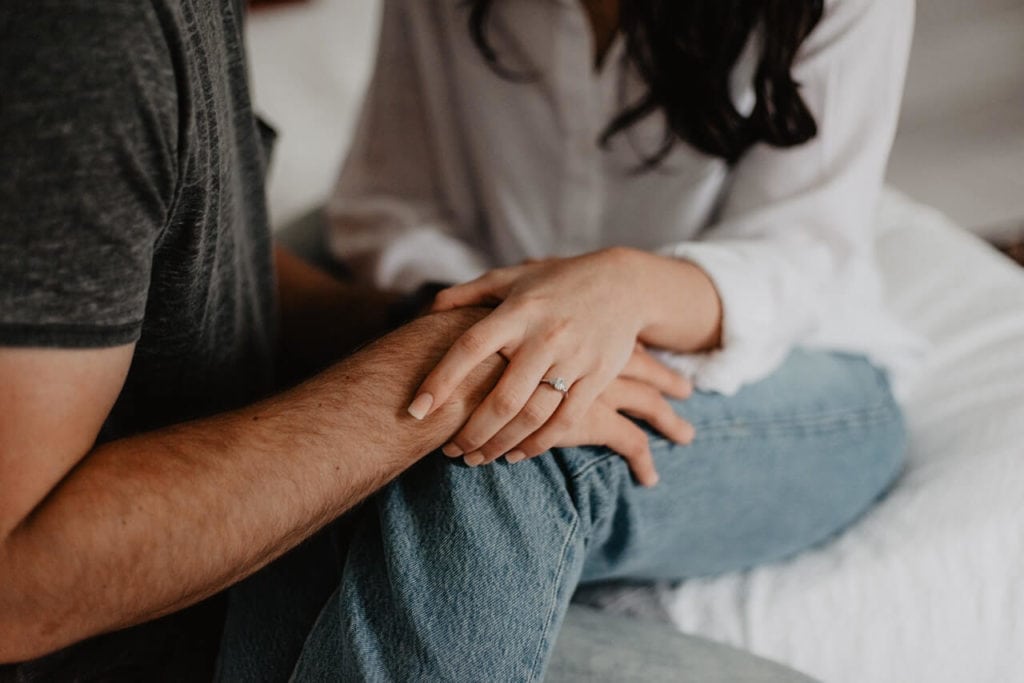 Over the years, you might have heard stories from your friend or other women who feel like they are not themselves while in birth control.

They may have told you how this certain birth control method gave them mood swings, anxiety, and even depression.

Each person may have a different reaction to birth control, but many women have reported that their overall mental health was affected by various types of birth control — with mostly hormonal ones.

This has long been a controversial topic among women and experts.

Should you stop using your birth control if you feel like it messes up with your mental health?

Continue reading the article to know more and join the discussion on this topic.

Hormonal Birth Control and Depression: Is There a Link?

Hormonal birth control comes in many forms. It includes the pill, the implant, the intrauterine device (IUD), the patch, the shot, as well as the vaginal ring.

These forms of hormonal contraceptives use hormones to prevent pregnancy.

But can these methods of birth control really alleviate symptoms of depression?

This has been a cause for worry on the copper IUD Paragard.

Even though this birth control device does not make use of hormones, recently filed complaints in the Paragard lawsuit have mainly spoken of the device being prone to breaking inside the body of the woman who had it implanted, in some rare and severe cases, side effects and injuries were not the only worries that women had after using Paragard.

For instance, once the birth control device breaks, its pieces can become embedded so deeply into the woman’s tissue to the point that a hysterectomy or removal of the uterus is necessary.

Side effects and injuries may be painful, but additional surgeries that may burden patients not only with a permanent injury but also with additional costs from medical procedures may ultimately lead to devastating psychological consequences which can affect someone’s overall quality of life.

Here’s the thing: hormones are quite complicated.

Decades of studies have actually explored the association between various types of hormonal birth control and depression, or its impact on mental health in general.

For instance, a 2016 study of over a million women in Denmark found that there is an increased risk of depression linked to different types of hormonal contraception.

Moreover, the study analyzed hard data like prescription and health records, which suggested that hormonal birth control users were more likely to be diagnosed with depression.

On the contrary, two large studies in the United States and Finland showed conflicting results as compared to the first study. These studies found that people who use hormonal birth control reported fewer symptoms of depression.

And even though several studies have already been conducted to really establish the connection between hormonal birth control methods and depression, it seems that researchers cannot really come up with a single conclusion on the topic.

Which means up to this day, there is still no sufficient information that can say for sure that hormonal contraceptives can cause depression.

Part of this uncertainty comes from the fact that each woman’s body and mind reacts differently to hormones.

Some of the most commonly reported side effects of birth control pills are depression and mood swings.

And just like any other study conducted to shed light on this controversial topic, researchers have been unable to prove or disprove a link between birth control pills and depression, as studies have found conflicting results.

Another example is a certain pilot study which found that depression is the top reason behind women stopping their use of birth control pills.

The study also found that women using combination birth control pills were “significantly more depressed” as compared to another group of women not using the pills.

On the contrary, a recently published study in the Archives of Gynecology and Obstetrics (AGO) found that depression is not considered as one of the most common side effects of birth control pills. This study also maintained that the connection between the two is still unclear.

However, despite this lack of certainty, many women have actually reported feeling depressed while taking birth control pills.

But according to the AGO study, these reports may be because of “the inconsistent use of the word depression.” Differences in pill formulations can also play a role.

This alleged connection can also be due to an already large number of women with depression in the United states, as an estimated 12 million women in the country are diagnosed with clinical depression each year.

Judging from those numbers, it is possible that many of those women take birth control pills. In some cases, it is also likely that the timing of depression can be a coincidence.

Another study with a different result found that birth control pills may help improve mood swings. The study made use of data from more than 6,000 sexually active and non-pregnant women aged between 25 and 34 who are taking hormonal contraceptives.

These women had fewer depressive symptoms compared to women using less effective forms of contraception or no contraception at all.

Even though available information and evidence is conflicting, many drug manufacturers include depression as a possible side effect on the birth control packaging.

How Hormones Affect Your Mental Health

Hormones possibly play a role in messing with your mental health.

A small study showed that people with depression had lower levels of estrogen during the follicular phase, or the time between the first day of the period and ovulation, during which time estrogen levels normally rise.

These changes in estrogen levels may explain the reason why people experience depressive symptoms more often in the premenstrual phase, postpartum, and in perimenopause. 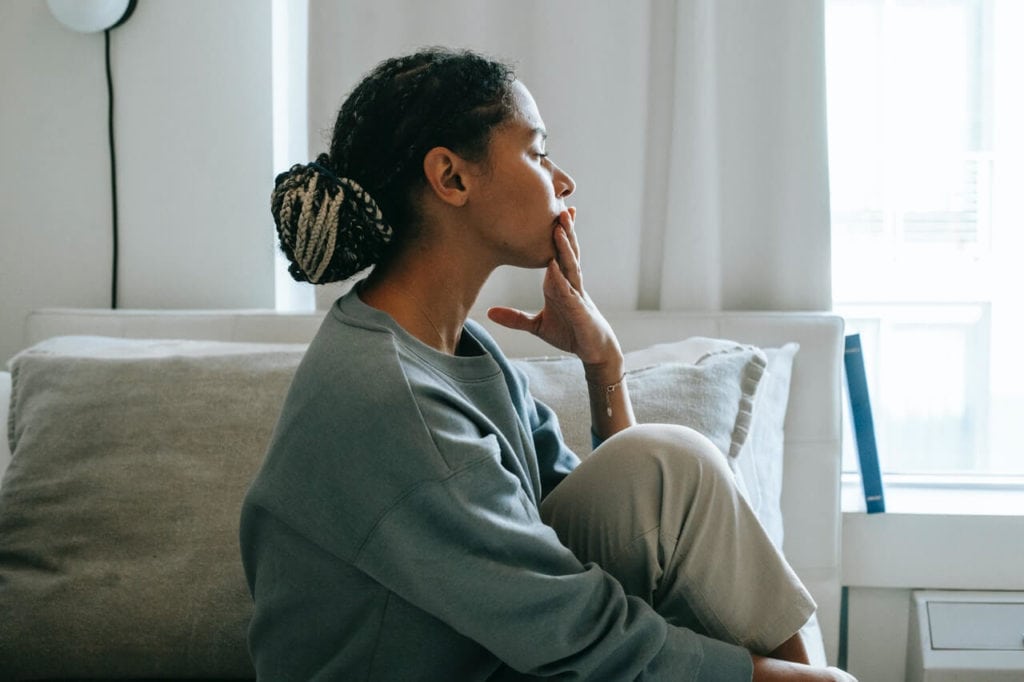 Similarly, when a person is using hormonal birth control, it can alter the normal level of hormones in their body, which could possibly bring changes to their mental health.

Environmental and societal factors also play a role in one’s risk of depression. For instance, a family history of mood or anxiety disorders, stressful life events, adversities during childhood, and social isolation can all cause someone to be diagnosed with depression.

Most of us feel lonely or depressed at times. It’s a normal reaction when you have experienced loss or a struggle in your life.

However, when these feelings become overwhelming, they can ultimately affect one’s quality of life.

Depression is not just a temporary case of the blues. It is a mood disorder characterized by a long-term period of sadness.

Recognizing the symptoms of depression is the key. Some of these symptoms may include:

Most of the time, it’s difficult to exactly know why depression happens. However, biological, psychological, and environmental factors are often thought of as causes.

Should Women with History of Depression Avoid Hormonal Birth Control?

For instance, the 2017 Medical Eligibility Criteria for Contraceptive Use report by the Centers for Disease Control and Prevention (CDC) found that depression is not considered as a contraindication to hormonal contraceptives for women suffering from depression, citing a lack of enough evidence to prove the relationship between the two.

The CDC, along with the World Health Organization, also added that the use of combined hormonal birth control, the implant, the IUD, and the shot is not linked to worsening depressive symptoms among people who were previously diagnosed with depression or bipolar disorder.

In contrast, a different study concluded that women who take progesterone-only minipills or combination oral contraceptives were more likely to receive prescriptions for an antidepressant compared to women who did not use these types of contraceptives.

What Birth Control Doesn’t Cause Depression?

It’s normal for women to try out several types of birth control method before settling on one option that ultimately fits her lifestyle and personal health.

In case of the birth control pill, there are different types and levels for each that women can try in order to see what would work best for her. However, it is still important to talk to your health care provider first if you have any concerns about your medical history or if you are planning to try a new hormonal contraceptive method.

Meanwhile, when it comes to non-hormonal contraceptives such as the copper IUD or condoms, there is no known risk of depression or anxiety with the use of these birth control methods.

However, a number of women who had a copper IUD implanted have reported increased depression and irritability 2-5 months after IUD insertion which went away after removal of the device.

For women with history of depression and anxiety, there are different safe and effective birth control methods they can try before sticking with one that ultimately suits them.

But communication with your health care provider is still crucial in order to address your needs and concerns regarding the perfect birth control option for you.

When to Talk to Your Health Care Provider

Depression is serious and it should not be taken lightly. If you are experiencing depressive symptoms, you may ask your health care provider to refer you to a mental health professional, especially when the symptoms of depression you are having begin to affect your relationship with your family or at work.

If you or someone you know is having overwhelming feelings of depression or suicidal thoughts, seek help right away.

Most forms of hormonal contraceptives were linked to an increased risk of developing depression, with higher risks found in progesterone-only forms, like the IUD.

Still, to this day, research is yet to prove an undeniable association between birth control pills and depression.

But you know your body more than everyone.

If you are currently using birth control pills and you are experiencing symptoms of depression for the first time, or of your previous depressive symptoms have worsen, call your doctor.