Home / News / Are Pesticides Safe After They Dry?

Are Pesticides Safe After They Dry? 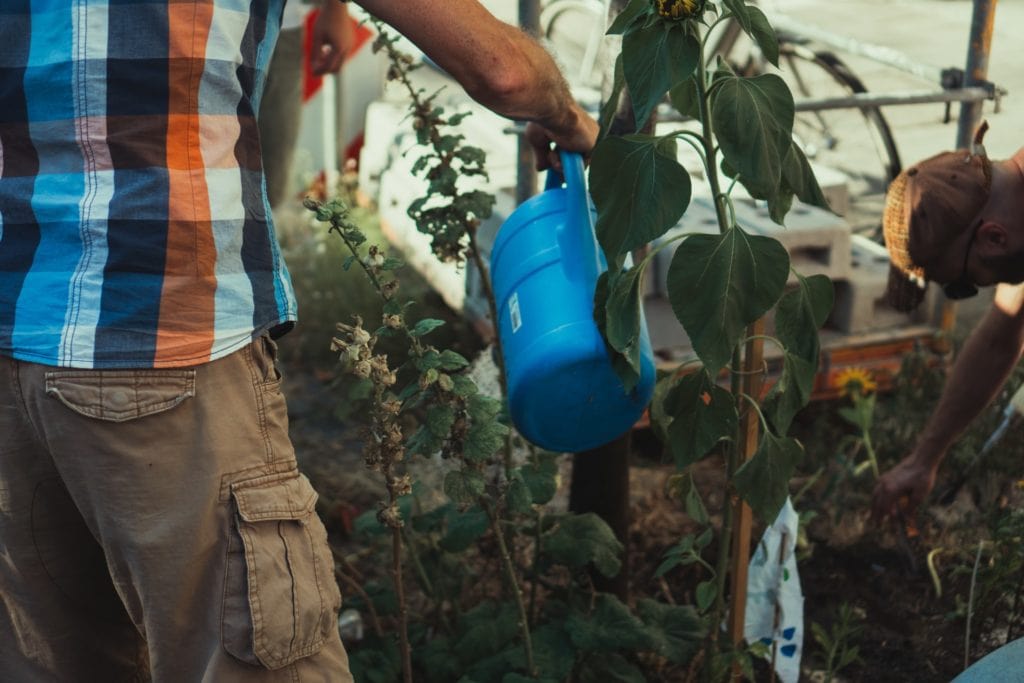 Pest control, whether indoors or outdoors, may be a difficult task for people. Putting a stop to pest infestation problems most often requires the help of pesticides.

Pesticides are chemical compounds that may be used for pest control or killing a number of pest within your house, and it can also be used to kill unwanted plants in your lawn.

Pesticides may be helpful to keep pests like cockroaches, bed bugs, spider mites, and other insect from your property, but it is not a secret that chemical pesticides may also cause adverse health effects in people if not used properly.

So, are pesticides safe after they dry?

Most of them are, but this answer does not apply to every pesticide you may see in your local stores.

Pesticides may enter the body during the mixing, loading, and application of the chemical.

Specifically, there are three ways that a pesticide can enter into your system: by getting it into your skin or eyes, through inhalation, and through the mouth ingestion.

Even though dermal absorption is the most common way of exposure in humans, all of these routes of exposure can cause adverse health effects to humans, especially excessive or unsafe levels of the pesticide.

In fact, a certain pesticide has been under fire lately because it has been the target of many lawsuits in the United States.

Paraquat, a pesticide that is popular among farmers and mainly used as a weed killer, has a slew of lawsuits under its name.

Several studies have shown that the chemical compound can increase one’s risk of having Parkinson’s disease.

Aside from that, according to recently filed Paraquat lawsuits, exposure to the toxic chemicals of the herbicide can also cause lung scarring, lung damage, liver failure, heart failure, and kidney failure, among others.

But Paraquat is not the only pesticide that has been mentioned in controversies and debates lately.

A number of research has also linked the Roundup pesticide to a type of cancer called non-Hodgkin’s lymphoma, while the other harmful chemicals it contains can potentially kill human cells, including embryonic, placental, and umbilical cord cells, according to a recent study.

However, there are also studies with conflicting findings that did not find a link between Roundup pesticide exposure and cancer, which still makes it a highly debated topic up to this day.

How Long After Spraying Insecticide Is It Safe?

Lawn pesticides are generally safe after they dry. Lawn chemicals are known to remain in the grass for about 48 hours following treatment.

On the next few days after pesticide application, make sure that you wipe your pets’ paws and coat each time they go out on the lawn and before they enter your house.

Moreover, keep the chemical away from a non-target plant, as some pesticides are toxic to pollinators, so read the label for application timing and other restrictions.

On the other hand,when it comes to indoor pesticide application, most pest control service recommend a time away from the treated area once pest control treatment is done.

However, if you are doing the application yourself, make sure that the pesticide label indicates that it can be used indoors.

Never spray a pesticide product labeled “for outdoor use only” inside your house.

Some indoor insecticides may also require removing certain items within the house, or need enough ventilation to be applied.

Be careful as well to only spray in limited areas such as cracks, and avoid spraying the pesticide in the entire walls, floors, or ceilings, unless indicated in the label directions.

You may also want to remove food and other equipment used for food preparation before spraying indoor insecticides.

How Long Does Pesticide Residue Last?

A pesticide half-life helps estimate whether or not a pesticide tends to persist or remain in the environment.

According to the National Pesticide Information Center, pesticide half-lives can be classified into three groups:

An insecticide with a shorter half-life tends to build up less because they are less likely to remain in the environment.

However, an insecticide with longer half-life is more likely to persist in the environment after repeated applications.

This also increases the risk of contaminating nearby ground water, animals, and plant.

In removing pesticide residue after application, most experts recommend thoroughly rinsing or scrubbing the tools that you used when applying the pesticide.

Also, be sure to wash the protective clothing that you wore during pesticide applications and be careful not to mix the contaminated clothing with other laundry.

Pesticides and their toxicity levels differ from one another. It can depend on the pesticide functions, the toxicity of the chemicals present in it, and the way by which exposure occured such as through direct contact with the skin, inhalation, and ingestion.

When humans come into contact with unsafe levels of pesticides, it may cause pesticide poisoning and other acute and long-term adverse health effects.

According to the World Health Organization (WHO), the leading cause of death by self-poisoning is through a pesticide, and this mostly happens in third-world or low-income countries.

This tells us one important thing:

Despite being particularly known for its toxicity, pesticides are readily available and easy to reach. This is where the importance of proper storage proves to be very crucial.

It is important not to put pesticides in food containers or random empty bottles. Keep them at their original pesticide container, where you can clearly read the label and identify its contents.

If it spills, clean it up using sawdust or cat litter. Do not wash it away. Sweep it onto a garbage bag and dispose of it as instructed in the pesticide label.

The materials you used should also be treated as pesticide waste as they are already contaminated with the chemical.

It is also important to keep in mind that prevention of poisoning is of utmost importance in handling pesticides.

You can never go wrong with fully reading the label directions and complying with the instructions indicated in the product label. This is the best way to be safe.

If, in the end, pesticide use did not prove to be helpful in the process of pest control, you might want to consider using a non-chemical method as well.

Keep in mind that using more pesticide than what the label recommends will not do a better job at getting rid of pests. In fact, applying more pesticides than what is indicated is illegal and may prove to be more dangerous to humans, non-target plants and animals, and the environment in general.