Home / News / Why Do Antipsychotics Cause Weight Gain?

Why Do Antipsychotics Cause Weight Gain? 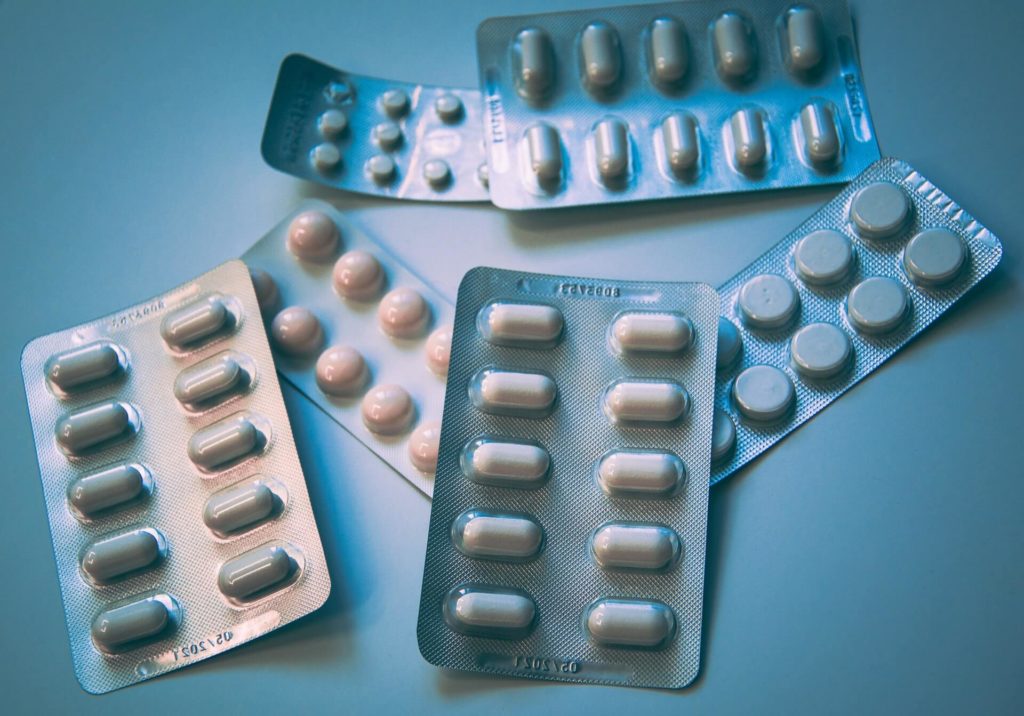 Antipsychotics are generally used as treatments for psychotic disorders. If you’ve been prescribed these medications, they may help you ease your symptoms and avoid relapse.

However, one concerning side effect of antipsychotics is weight gain. Putting on a bit of weight may not cause serious concerns for someone, but people who take antipsychotics often need these medicines for several months and even years.

This means people who take these psychiatric medications are at risk of being overweight as they continue treatment for longer periods of time.

And as you may already know, being overweight exposes a person to more health risks. But why does taking antipsychotics lead to weight gain?

This question remained a mystery for decades. But now, several studies have explained the link between antipsychotic use and weight gain. Read on to find out more.

Antipsychotic drugs fall into one of two categories:

First generation antipsychotics (FGAs), also known as typical antipsychotics, were developed in the 1950s. They are used primarily for the treatment of schizophrenia and other related psychotic disorders.

FGAs have a high rate of extrapyramidal symptoms (EPS). EPS are drug-induced movement disorders. These side effects include:

Extrapyramidal side effects get their name because they are symptoms of problems in the extrapyramidal system. This is a part of the motor system network that regulates posture and skeletal muscle tone. When typical antipsychotic medicationswere first introduced, clinicians initially believed that problems with movement caused by these drugs are a sign of efficacy.

Later, however, it was discovered that these side effects are not reliable signs of the drugs’ therapeutic actions.

FGAs are called “typical” or conventional antipsychotics because of the view that second generation antipsychotics (SGAs) have atypical properties, including a lower risk of extrapyramidal side effects.

The Problem with SGAs

SGAs began emerging in the 1980s. In general, they cause less severe neuromuscular side effects compared to FGAs. But SGAs are more likely to cause serious metabolic side effects, including rapid weight gain and elevated blood sugar levels.

Currently, nine FDA-approved atypical antipsychotics are available in the United States. Among them, the most widely prescribed are quetiapine, risperidone, aripiprazole, and olanzapine.

However, one of these most frequently prescribed SGAs has been the target of many lawsuits lately. According to individuals who used the drug, risperidone, sold under the brand name Risperdal, can cause male breast growth or gynecomastia. As such, young males who developed enlarged breasts already filed a Risperdal lawsuit against the drug’s manufacturer.

According to plaintiffs, drugmaker Janssen Pharmaceuticals didn’t warn them and their families of this potential side effect. Janssen is a subsidiary of Johnson & Johnson. Both companies have been caught up in the Risperdal scandal, where they paid billions of dollars to resolve allegations by the U.S. Justice Department that they illegally marketed Risperdal to elderly patients with dementia, even if they’re aware of the side effects that the drug can cause to this group of people.

Weight gain occurs when you take in more energy or calories from food and drinks than the energy used up through life activities, including normal processes in our body and exercise.

The excess energy or calories are stored as body fat. Several factors can lead to weight gain, including medications and other medical conditions, among others. In particular, antipsychotics are believed to cause weight gain by stimulating your appetite.

As you’re hungrier, you eat more. This is due to the antipsychotics affecting the way your brain and hormones both work to control your appetite. Antipsychotic medication users often report craving for sweets or fatty foods.

However, there are other factors that determine antipsychotics’ effect on weight. One of them is its mechanism of action, which can better be explained with the studies that investigate the link between these medications and metabolic changes. More on that later.

Are other antipsychotic drugs more likely than others to cause weight gain?

The risk of weight gain can vary with different antipsychotics. People rapidly gain weight especially during the first six months of starting an antipsychotic drug. Gaining more weight is still possible after this period, but more slowly.

It’s not clear whether a higher dose of antipsychotic medication can cause a patient to gain more weight. Furthermore, antipsychotics may differ in their side effect profiles and risk of causing weight gain, but they don’t differ in their effectiveness in treating the symptoms of schizophrenia or mania.

An exception to this, however, is clozapine. Clozapine has been proven to be more effective in than other psychiatric medications in treatment-resistant schizophrenia. This is a type of schizophrenia in which persons with persistent symptoms like hearing voices did not respond well to treatment with at least two other antipsychotics.

Other antipsychotic drugs have a higher risk of causing weight gain. It’s important to note, however, that everyone is different. With that said, changes in weight may vary from person to person. With any antipsychotic, you may gain a lot, a little, or not gain weight at all. Some may even lose weight while on these medications.

Among numerous antipsychotic drugs, the risk of gaining weight is highest with clozapine and olanzapine.

On the other hand, chlorpromazine has a high to medium risk. Antipsychotics that have a medium risk include quetiapine, risperidone, and paliperidone. Drugs that cause the most weight gain can increase the sugar and fat levels in your blood.

The risk of gaining weight while on antipsychotics is lower with:

Several studies have investigated the puzzle of antipsychotic drug weight gain. And seeing as changes in body weight is a side effect that most patients on antipsychotics would rather go without, these studies give hope to those who suffer from psychiatric disorders to see a more effective medication without the unwanted side effects.

In a 2007 study, scientists at Johns Hopkins University in Baltimore uncovered the cause and the way on how drugs used for treating mental illnesses like schizophrenia cause patients to gain so much weight.

In many cases, individuals who gain a lot of weight while on these medicines develop life-threatening conditions such as diabetes and heart disease.

According to the research, antipsychotic medications like Zyprexa, made by Eli Lilly and Co., increases levels and activity of an enzyme called AMPK in cells in hypothalamus, the area of the brain that controls eating behavior.

It’s a big increase and it occurs with very little doses of the drug,” Dr. Solomon Snyder, professor of neuroscience at Johns Hopkins School of Medicine, stated in an interview.

Study authors also showed that the increase in AMPK levels occurred because antipsychotic drugs tend to interfere with the protein histamine. It has long been suspected that histamine plays a role in weight control. And this study by Johns Hopkins scientists confirm that connection.

Snyder added that their findings opens the possibility of developing new drugs that are effective and suppress appetite safely.

In a 2021 study published in Translational Psychiatry, researchers from the University of Pittsburgh School of Medicine were able to explain another potential reason behind antipsychotic induced weight gain.

Scientists revealed that dopamine plays a more complex role in our bodies than previously thought. Dopamine is an important brain chemical that influences your mood and feelings of pressure, learning, and motivation.

The team of researchers, led by Despoina Aslanoglou, Ph.D., showed that dopamine signaling also plays a role in the regulation of metabolic processess within the pancreas.

The study authors determined that dopamine aids pancreas in controlling blood sugar levels. However, antipsychoticmedications block dopamine signaling within the pancreas. This results in the uncontrolled production of hormones that regulate blood sugar.

Significant weight gain is a concerning side effect of antipsychotics. But it’s more evident with the newer atypical antipsychotic drugs. Excessive weight gain is also a major reason why individuals who suffer form psychosis die up to 30 years earlier compared to the general population.

As with other healthcare decisions, patients should always consult their doctor on how their treatment should go. Some key approaches might help you fight weight gain cause by antipsychotics:

Some people who might be worried about weight gain and other side effects might consider stopping their antipsychotictreatment. However, stopping your medication cold turkey may have serious repercussions.

For instance, people who have bipolar disorder or schizophrenia may have an increased risk of becoming unwell if they stop taking their medications. It’s not recommended for patients to abruptly stop taking antipsychotics or even alter their dose without consulting their doctor first.

In fact, if you come off your meds too quickly, there’s a chance to have a relapse of your psychotic symptoms. It may also heighten your risk of developing tardive psychosis.

You and your doctor should carefully arrive to this decision while considering the potential advantages and disadvantages of continuing or coming off your medications. Together, you should also discuss alternative options in managing mental health, weight gain, and other side effects.

The final decision should be a treatment plan that’s tailored to the patient and their needs. A healthcare provider should also monitor the patient for symptoms of while the dose is being reduced and after the medication is stopped.

For those with psychosis or schizophrenia, monitoring is recommended for at least two years after coming off antipsychotics.

Antipsychotic medications are primarily used to manage psychosis, but they can also be used for other psychotic disorders. Although they’re often effective in easing psychotic symptoms and avoiding relapse, they can also cause a wide array of concerning side effects, including weight gain.

A mounting body of research has investigated and explained how antipsychotics can make one gain weight. The majority of these studies say it has something to do with these medicatons’ mechanism of action.

Excessive weight gain can become problematic and may eventually lead to other serious conditions like diabetes and obesity. However, there are some approaches you can do to manage weight gain while on antipsychotics. These include lifestyle changes, monitoring your BMI, having a healthier diet, and possibly switching to another drug that’s less likely to cause this dreaded side effect.

If you’re worried about excess body weight and other side effects that antipsychotics may cause, consult with your doctor.

It’s not recommended to stop taking antipsychotics cold turkey as this may end up causing adverse effects, including anxiety, involuntary muscle movements, and a relapse of psychotic symptoms, among others.

Always check with your doctor for advice on your treatment plan.