Antioxidant Treatment Against Paraquat Toxicity: Is It Effective? 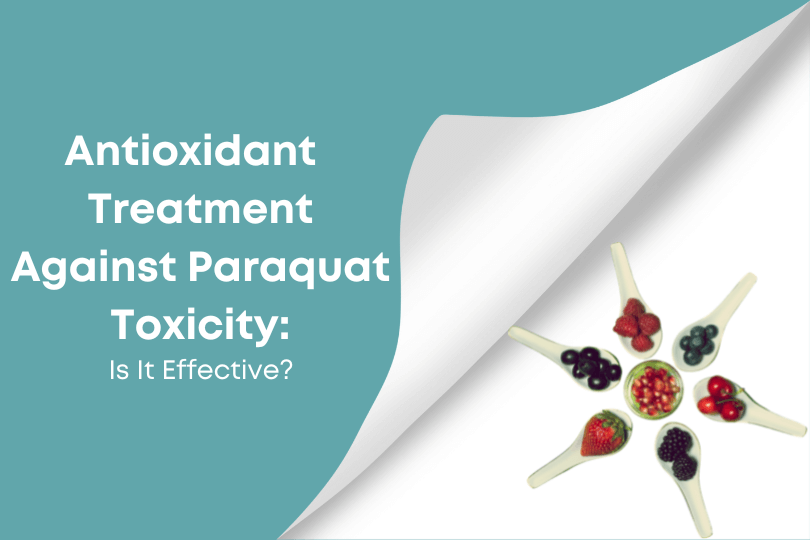 The production of free radicals is the main mechanism of paraquat poisoning. When produced in excess, these free radicals can cause oxidative stress, a process that can alter cell membranes and result in cell damage down to the DNA level.

This damage ultimately contributes to a handful of life-long conditions, including neurodegenerative disorders, such as Parkinson’s disease, which happens to be associated with paraquat exposure.

In fact, farmers and agricultural workers who subsequently developed Parkinson’s disease after chronic exposure to paraquat in the workplace decided to file a paraquat exposure lawsuit against Syngenta AG, the manufacturer of the popular herbicide.

Plaintiffs claim that they could have avoided a Parkinson’s disease diagnosis if the chemical manufacturer warned them of such health risk by putting a warning on the paraquat label. Today, a large percentage of herbicide-related deaths are linked to paraquat, but there is still no recognized cure for its toxicity.

One of the current treatment regimens, however, focuses on the use of antioxidants, which protect the body from free radicals and therefore reduce the damaging effects of paraquat to our cells.

Read on to learn more about how antioxidant strategies can be beneficial for patients with high dose paraquat poisoning.

Antioxidants are substances that prevent or limit certain types of cell damage caused by free radicals. Free radicals are highly unstable molecules that have the potential to create cell damage. Molecules are partly made up of electrons, and electrons are typically in even numbers.

Free radicals, however, have an odd number of electrons – this makes them unstable and highly reactive. And because they are missing an electron, they proceed and steal one from wherever they can – from other stable molecules in your blood to your cells.

This process is what causes damage to surrounding cells. Antioxidants, on the other hand, are also unstable and have an uneven number of electrons, just like free radicals. But unlike free radicals, they don’t take electrons from other molecules and instead donate some of their own electrons in order to neutralize free radicals. This way, antioxidants keep free radicals in check and prevent their buildup, which can in turn cause oxidative stress, a phenomenon that is linked to aging and various other chronic diseases. 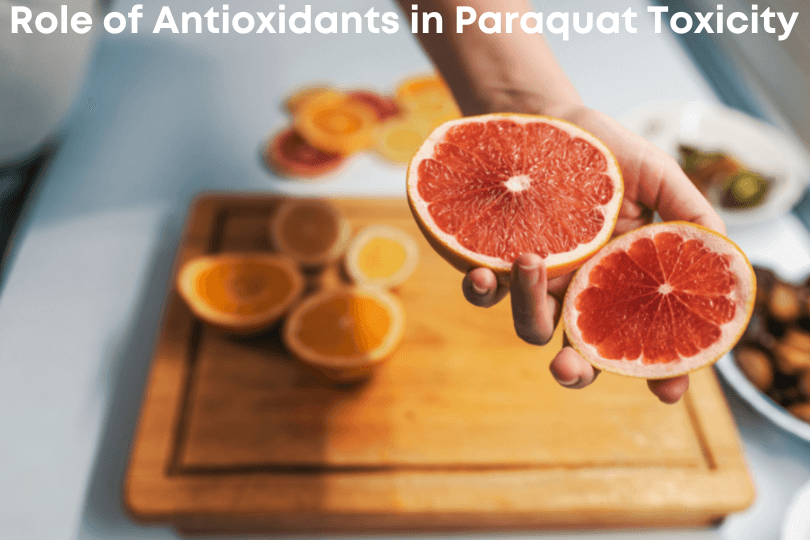 Role of Antioxidants in Paraquat Toxicity

Clinical management of paraquat ingestion is typically directed towards the use of antioxidants. The different roles that antioxidants play in paraquat toxicity are listed below.

A 2018 study reported that high-dose long-term antioxidant treatment significantly improved the survival rate of patients with paraquat intoxication. This is especially true in cases where high doses of paraquat were ingested.

The main target organ for paraquat toxicity is the lung. As a result, paraquat quickly accumulates in lung cells, leading to the production of free radicals known as reactive oxygen species (ROS), which ultimately results in lung scarring or pulmonary fibrosis. Several studies have shown that antioxidants may protect against paraquat-induced lung fibrosis and experts speculate this may be because of their antioxidant properties.

One of the lasting effects of paraquat poisoning in survivors is lung damage or severe lung fibrosis that permanently affects their pulmonary function even after treatment. The results of an animal study suggest that the antioxidant vitamin E offers protection against paraquat-induced lung damage when delivered directly to the lung 24 hours before paraquat administration. A 2018 study also observed this potential of antioxidants, but suggested that high-dose long-term antioxidant therapy should be applied instead of the conventional antioxidant treatment.

Some treatment options, such as activated charcoal, Fuller’s earth, or antioxidants may reduce paraquat toxicity. Today, because there is no recognized specific antidote for paraquat poisoning, physicians use these treatment regimens instead to fight the toxic effects produced by the life-threatening poison.

Activated charcoal and Fuller’s earth are often used for the medical management of paraquat ingestion because they help prevent further absorption of the substance into the body. On the other hand, the protective effects of antioxidants against poisoning by paraquat include the reduction of oxidative stress and inflammation as well as the induction of antioxidant defenses.

In the case of the toxic herbicide paraquat, the substance also induces its toxic effects through the same mechanism of destructing cell membranes and causing eventual cell death. This is why innovations in the management of paraquat intoxication have involved the use of antioxidants. 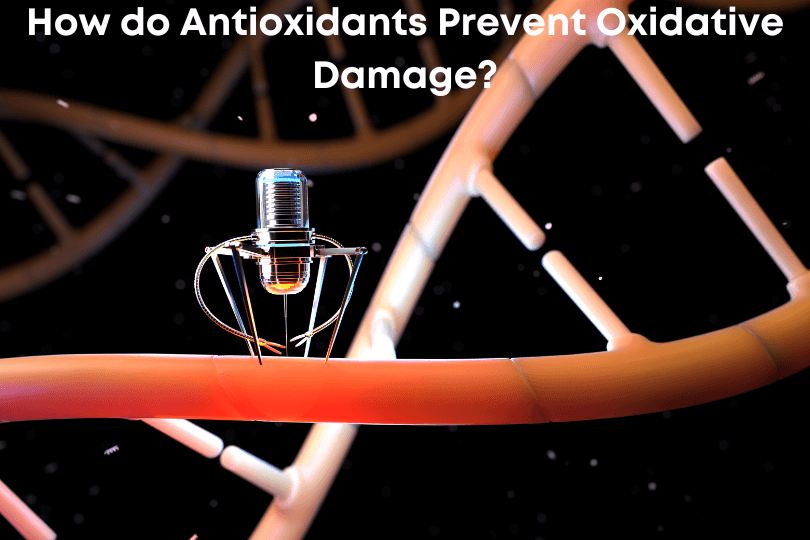 How do Antioxidants Prevent Oxidative Damage?

Antioxidants prevent oxidative damage by inhibiting the production of free radicals, which, when produced in excess, create oxidative stress and attack the protein, lipid, or DNA components in our system.  Damaged DNA is responsible for a host of long-term health problems and aging-related changes that occur in the body.

What Are the Ways to Reduce Oxidative Stress?

Because you have no control over the biochemical processes that occur in your body, there is no way to completely avoid oxidative stress. However, there are strategies that can help you minimize its damage to your body.  The ways to reduce oxidative stress are listed below.

Although the mechanisms by which antioxidants stop oxidative stress from occurring is still poorly understood, experts speculate that this ability may be attributed to their antioxidant properties in inhibiting the production of reactive oxygen species (ROS) caused by paraquat. As a result, the destructive effects of ROS to cells are avoided and there are better chances of paraquat poisoning being treated.

However, researchers and scientists admit that more work needs to be done to create an antidote for paraquat poisoning. Further well-designed studies are also needed to evaluate the outcome of different presently recommended treatment protocols for paraquat intoxication.