In this lengthy article we will tell you everything there is to know about the Actos lawsuit. We explain all your options if you or a loved one experienced severe side effects from taking this medication.

In 1999, Actos was launched as a treatment for type 2 diabetes. At first, it was the less popular of drugs of its kind on the market. Avandia was the one that was most frequently prescribed. However, when Avandia was linked with heart attacks and strokes, it opened the market for Actos to be touted as a much safer alternative by manufacturer, Takeda Pharmaceuticals. The American manufacturer, Eli Lilly h also been mentioned in some lawsuits, but the primary defendant is Takeda Pharmaceuticals. 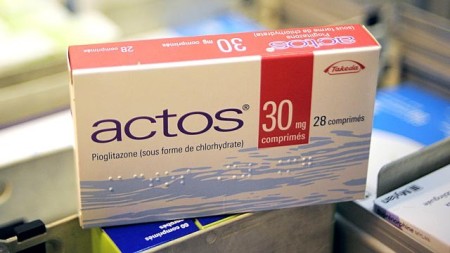 As a result of these life-threatening side effects, there have been hundreds of lawsuits filed in both federal and state courts regarding this medication. Many of them claim that the medication caused bladder cancer, heart failure, and a host of other health problems. Experts estimate that around 10,000 Actos lawsuits will be filed eventually.

Since its release in 1999, Actos has had over $16 billion in sales. This peaked at $4.5 billion in 2011, which accounted for over 25% of the Takeda Pharmaceutical sales that year.

These lawsuits involving Actos claim that both Eli Lilly and Takeda Pharmaceuticals have failed to warn their consumers of the dangers of the drug. The plaintiffs put forth a claim that these companies as well as other parties did not adequately research the safety of the product, which resulted in the pain and suffering of life-threatening side effects. The plaintiffs of these lawsuits are looking to be compensated for their pain and suffering as well as expenses they have incurred as a result of these side effects.

What are some lawsuits regarding Actos?

If you have diabetes, have taken or are taking the drug Actos, and now have bladder cancer, you could be entitled to substantial compensation. In 2011, the FDA issued a warning that using this medication for a long period of time to control blood sugar has been connected with an increased risk of developing bladder cancer. This news brought about many Actos lawsuits filed on behalf of patients in the USA seeking to recover damages from the maker of the drug, Takeda Pharmaceuticals.

What is the expected compensation with Actos lawsuits?

Anyone who has taken this drug to control their high blood sugar for 12 months or more and have taken it at the highest doses has a 40 percent higher chance of developing bladder cancer. According to some government studies, bladder cancer is one of the most expensive diseases to treat in America. This is due to the fact that even when successfully treated, bladder cancer almost always comes back, which means that individuals with it must go through many years of monitoring so that a recurrence can be immediately identified and treated.

The US Department of Health and Human Services Agency for Research and Quality says that individuals who suffer from these chronic illnesses which are expensive to treat spend at least 10 percent of their family income on medical care.

So, if your bladder cancer is due to taking Actos, why would you shoulder the financial responsibility on your own? You should consider filing a lawsuit in order to receive compensation including the following:

What is the difference between an individual and a class action lawsuit?

Individuals who are suffering from injuries due to taking the drug Actos basically have two options. They can either join a class action lawsuit or they can file their own individual claim.

In the case of an individual claim, one single plaintiff will bring charges against the manufacturer of the drug and will seek compensation for injuries that he/she suffered from taking the drug. The case will go through the state or even the federal court and any successful negotiations or verdicts will be handed to the plaintiff.

In a class action lawsuit against the makers of Actos, a large group of plaintiffs will file a single lawsuit. They will bring about claims of similar injuries and the same claims such as: defective designs, failure to warn of the dangers, and breach of warranties. All of the members of a class action lawsuit must be able to prove that they have suffered similar injuries due to taking the drug.

In most cases, class action lawsuits are represented by one or a small group of plaintiffs who are acting on behalf of everyone in the group. The person or persons representing the group will file the suit and then wait for the court to make a decision on the validity of the suit. Once the court determines that everyone in the group does have very similar complaints and the claim does warrant one single lawsuit, the action will be allowed to go through.

Damages awarded through a verdict or determined in a settlement will be split among all members of the suit and attorney expenses will be shared as well. Though a class action suit may seem to be less expensive, it typically means that each individual will receive a lower amount- depending on how many were involved in the suit.

Can Actos complaints be settled out of court?

Individuals with type 2 diabetes who have taken Actos and have bladder cancer could be eligible for compensation. Ongoing studies have linked this drug to an increase in risk of developing bladder cancer. However, you should be aware that most of the pharmaceutical drug claims never actually go to trial. Instead, your attorney will settle out of court with the defendant for a settlement in order to ensure that you have what you need to pay for any treatments, medical tests, and even lost wages. A settlement is an agreement between the plaintiff and the defendant that reaches a resolution with mutual satisfaction.

In most cases, the settlement will involve a monetary award for the plaintiff. Additionally, a settlement may require that the defendant remove the drug from the market or at the very least, limit its use.

What is the difference between cases at the Federal and State levels?

Once a claim has been filed by an attorney- whether individual or class action- the case will proceed at either the state or the federal level. In most cases, personal injury claims such as these are filed at the state level. However, if the plaintiff is seeking more than $75,000 in damages- which is typically the case in an Actos lawsuit due to the expenses associated with bladder cancer, the plaintiff or plaintiffs can file in federal or US District Court. Of course, these types of cases do require that the plaintiff and the defendant are in two different states.

Once a claim has been filed either at the state or federal levels, the case could possibly become part of a:

Both of the above forms of litigation take several lawsuits and combine them together for the proceedings before the trial in order to move forward more efficiently. A state mass tort will bring together all of the cases in that particular state that claim similar injuries against a common defendant into one court, where one specific judge will manage the docket.

In the case of an Actos class action lawsuit, the plaintiffs or the defendants must request the permission of the state Supreme court in order to go forward with a mass tort. If the court is agreeable to this request, all of the lawsuits in the state involving this drug will be pulled together. This will help to increase the efficiency of the court, save judicial resources, and also reduce the potential for inconsistent rulings. However, though they are together, each of the cases will be ruled on individually.

A multidistrict litigation, or MDL, is basically the same thing, but it’s on a federal instead of a state level. The plaintiffs and/or defendants must request the permission of the US Judicial Panel for Multidistrict Litigation to proceed. If this panel agrees, all federal cases are pulled into one court in order to efficiently get through the pre-trial process. As with the State Mass Tort, though they are together, they will be ruled on individually.

Bringing all of the cases together in a State Mass Tort of an MDL eliminates repetitive discovery and evidence presentation. Additionally, it creates consistency in rulings and also serves to encourage the defendant to be more willing to negotiate a settlement- especially if the judge requires mediation or encourages parties to join settlement talks. Even if some of the cases end up going to trial, the outcome of the first few will most likely have an effect on how and when the other ones are resolved.

What is the status of the Actos litigation?

Following are some of the consolidated legal proceedings involving Actos:

The very first lawsuit involving Actos that went to trial was in California. This case was brought by Mr. Jack Cooper. He took Actos for more than four years and was diagnosed with bladder cancer. The trial brought a $6.5 million verdict for Mr. Cooper in April 2013, but that verdict was later voided by the courts. The manufacturer of the drug, Takeda Pharmaceuticals, filed motions to keep the jurors from being able to hear testimony that claimed Actos was the cause of Mr. Cooper’s bladder cancer. This caused the court to dismiss the case in May 2013. However, Mr. Cooper plans to appeal this decision.